BING AND AN ADVERTISING COMPANY

Here is an interesting advertisement featuring a drawing of Bing from 1941 for the J Walter Thompson Company. J. Walter Thompson (JWT), incorporated by James Walter Thompson in 1896, in 2018 was "the biggest of five advertising holding companies that control a significant portion of the world's advertising, marketing and communications firms." It has been owned by WPP plc since 1987... 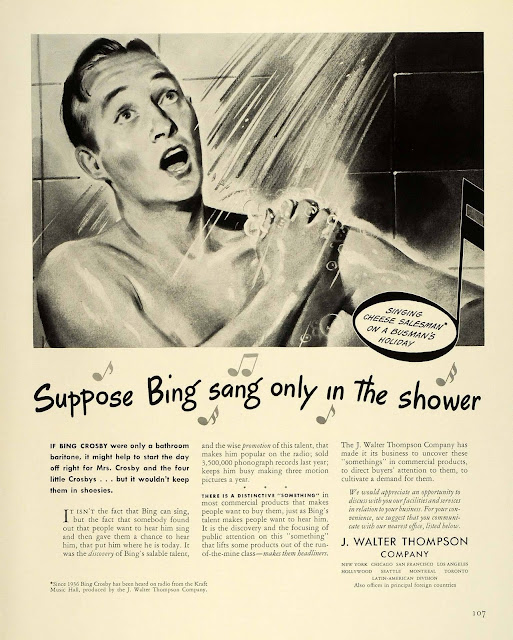 Posted by David Lobosco at 9:00 AM No comments: 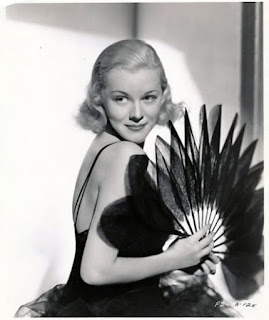 I originally published an article on Florence George to my blog back on December 5, 2010. I have since learned more about this beauty so I wanted to share to write a new article. She was a remarkable woman...

The opulent, vivacious blonde lyric soprano Florence George was given only two rather routine opportunities to stake her claim in films. As such, she was not given the chance to challenge the other glamorous film opera divas who were the rage of the day ('Jeanette Macdonald', Grace Moore, Susanna Foster, Lily Pons and Gladys Swarthout). Instead she remained focused on radio, concerts, recordings and the stage for the rest of her career.

The Ohio-born beauty came into this world as Catherine Guthrie on December 21, 1917, the daughter of Florence and George Guthrie (she took their first names as her professional stage moniker). Gifted musically and vocally, she attended Wittenber College and graduated with a degree in music at the Chicago Conservatory. She studied one-on-one with former Italian opera star Madame Amelia Galli-Curci (1882-1963) and earned a few radio singing spots before making her operatic debut in "Rioletto" at the Chicago Civic Opera House. A Paramount talent scout happened to catch one of her performances and set up a screen test. 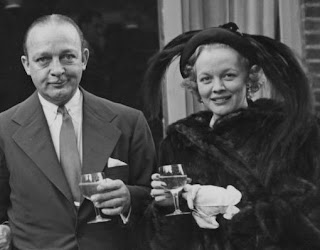 Florence made a charming debut opposite John Payne singing with him "I Fall in Love with You Every Day" and "What Romeo Said to Juliet," her best moment came with her lovely solo on "Moments Like This". Instead of putting her in another showcase, the studio primarily had her do publicity sessions and radio spots. Her next movie would be the MGM loan out Tell No Tales (1939) in a supporting role. She also made some recordings for Decca Records from 1940 to 1949.

Florence married the much older Everett N. Crosby (1896-1966), Bing's business manager and older brother, in 1939. He proceeded to steer her career as well and would do so up until his death in 1966. Purposely guiding her away from films, he focused her on radio, recordings, concerts here and abroad, and the light operetta stage. In 1962, Everett bought Fair Acres, a farm estate in Connecticut where he and Florence raised Morgan and Arabian stallions. After his death from throat cancer, she married Andelmo Ortiz, a production manager for an advertising firm, in 1970, and retired to Maryland. Her second husband died in 1997. She died at age 80 on September 13, 1998... 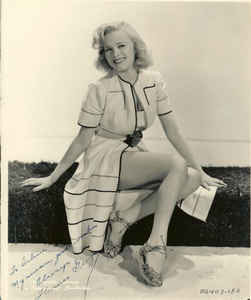 To celebrate the New Year and our favorite singer Bing Crosby, here is a drink called The Bing Crosby... 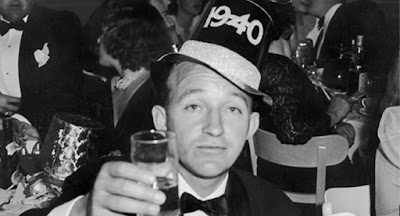 Like its namesake, this cocktail is light on its feet but also quite innovative. (Did you know that The Crosby Research Foundation held numerous patents related to TV and radio recording, including for the invention of the laugh track?)

But don't let its bright demeanor fool you. This drink packs a punch. After one or two of these, you might find yourself crooning "White Christmas" with all the gusto of Der Bingle himself. 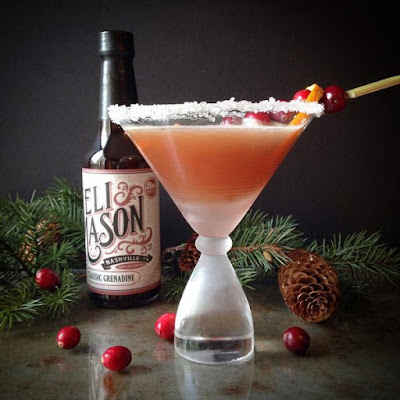 SOURCE
Posted by David Lobosco at 10:12 AM No comments: