Posted by David Lobosco at 6:27 AM No comments:

I can not believe it has been 80 years ago, but on this date in 1942 Bing recorded some great Decca sides with his brother Bob's orchestra... 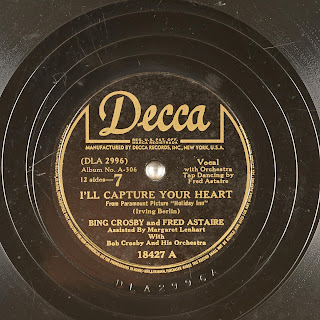 Posted by David Lobosco at 11:03 AM No comments: 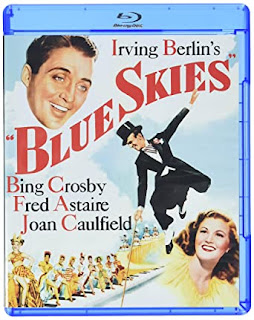 I almost missed this one, but Bing's 1946 gem Blue Skies has been released on Blu-Ray...

Here is the Blu-Ray review:

Though it's not as sunny as its title might suggest, Blue Skies reunites Bing Crosby and Fred Astaire in a meandering musical that features more than a dozen Irving Berlin tunes. The story of a hoofer and nightclub owner who vie for the same girl (Joan Caulfield) entertains in fits and starts, but can't come close to recapturing the magic of Crosby and Astaire's previous outing, Holiday Inn.
A brand new 2K master yields a glorious 1080p/AVC MPEG-4 transfer that maximizes the impact of the lush Technicolor cinematography of Charles Lang and William Snyder. Superior clarity and contrast combine with beautifully resolved grain to create a vibrant, well-balanced, very film-like picture. The deep blacks of Astaire's trademark top hat and tails and bright, wispy whites of Caulfield's fur outfit grab attention, but it's those sumptuous Technicolor hues that make the visuals of this musical sing. The bold reds of lipstick, a blazing neon sign, and huge bouquet of roses; the subtle variations of green, from the pale tone of Olga San Juan's gown and matching boa to Billy De Wolfe's Irish-green hat; and an array of pastels, from Crosby's powder blue suit to various pinks and lavenders...all of them are perfectly timed so they never look garish or artificial. Several scenes are intentionally dark and even a tad murky, but excellent shadow delineation keeps the picture well defined. Flesh tones remain natural and stable throughout, sharp close-ups flatter all the players, and only a few errant nicks and marks dot the pristine source material. Kino has done a wonderful job revitalizing this 75-year-old classic, and fans of the film will be delighted by this top-notch presentation...
You can find a copy on Amazon - I ordered mine! 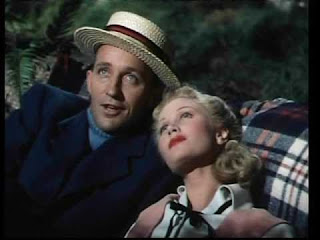 Today marks what would have been the 119th birthday of the great Bing Crosby! 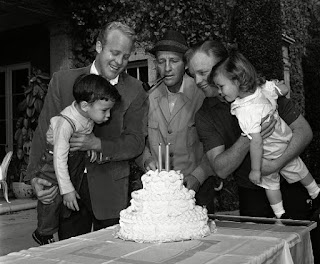 Crosby was born on May 3, 1903 in Tacoma, Washington, in a house his father built at 1112 North J Street. In 1906, his family moved to Spokane in Eastern Washington state, where he was raised. In 1913, his father built a house at 508 E. Sharp Avenue.The house sits on the campus of his alma mater, Gonzaga University. It functions today as a museum housing over 200 artifacts from his life and career, including his Oscar. 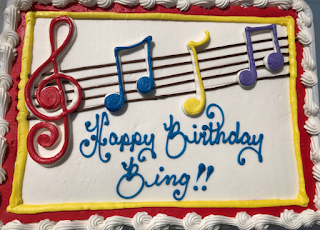 Posted by David Lobosco at 5:55 AM No comments: