Last week I lost a good friend that I met through the Bing Crosby community. I met Nelkane Benton through internet Bing Crosby message boards. When I befriended her on Facebook, she constantly had a kind word to say about anything I posted from Bing Crosby to pictures of my kids. I will miss her friendship. I truly will.

Nelkane always said "Walk in another's shoes, and you will care." Born on June 15, 1934 in Kansas City, Missouri, Nelkane Benton was a woman who left an impression. For nearly six decades and spanning two centuries (from 1953 to 2011) she was a key figure, and one of the few African-Americans of stature, in the Southern California entertainment industry.

Raised in New York City, she started as a 19 year-old publicist for legendary singer Bing Crosby, and went on to run KABC-AM's Ombudsman Service, rising to become Community Relations Director for KABC-AM, and its sister stations KLOS-FM and Radio Disney. She was well known for her Spotlight on the Community broadcasts, and organized numerous pet adoption parties, Red Cross blood drives, gift-giving drives for service members, food banks for veterans, and scholarships for youth in foster care--to name only a few. 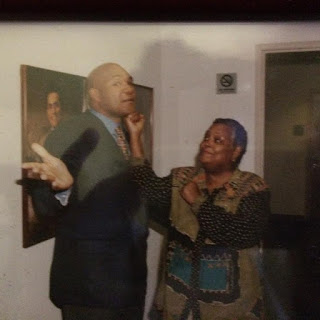 Her work won several National Association of Broadcasters Crystal awards for Community Service, and the Service to America Radio Partnership Award. In death, she joins her parents Olga Catchings of Greenville, TX and Ruben Benton of Kansas City, MO, and her husband Thomas Hill of Cincinnati, OH.

She leaves behind her daughter Donna Benton, son-in-law Bapa Rao Kotcherlakota, and granddaughter Dana Kotcherlakota Benton. Services will be held at the Hollywood Forever Cemetery Chapel in Hollywood, on February 2, 2016, 6-7 p.m. 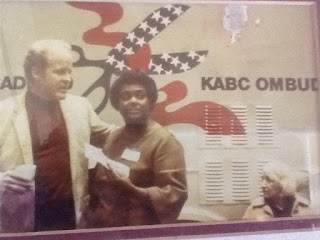 Posted by David Lobosco at 6:53 AM