WRAP YOUR TROUBLES IN DREAMS - THE ALBUM

Here is an interesting article I came across. It was a review of an old Bing Crosby album - I actually had this in my collection until compact discs took over. Does anyone else remember it? 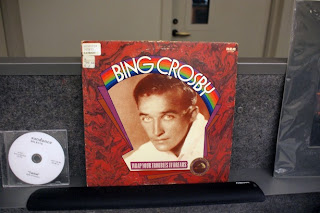 I fervently hope America's Public Library system prospers and grows! With Youtube, I usually look for what I know is good, while a good library has something to teach me. It can lead me to entire plateaus of information to appreciate.

A case in point: Had it not been for the Hennepin County Library, I still would doubtless associate Bing Crosby with "White Christmas" and the heyday of his Decca Records output in the forties and fifties. While making my weekly rounds, I found this gem (and later took it on as the library shed its long-playing records).

Wrap Your Troubles in Dreams is a collection of Crosby's work in the late twenties. These 78rpm transcriptions were from just a few years after Paul Whiteman discovered Crosby. The charismatic bandleader turned the young man from a brash "hot-cha-cha" song stylist to the romantic crooner we recognize. Five tracks on this album are with Whiteman's Orchestra. In the style of twenties pop music, there are several choruses before the vocalist even begins. And the instrumentalists are top-caliber: Bix Beiderbecke, Frankie Trumbauer, Tommy and Jimmy Dorsey.

The next organization Bing sang for was the house band here in Los Angeles at the Ambassador Hotel's famous star hang-out, the Cocoanut Grove. Gus Arnheim's somewhat smallish musical aggregation held sway two hours on radio nightly. Bing was beginning to become a star. Whereas the Whiteman songs are from 1927 and '28, the Arnheim ouvre is from 1930 and '31, after the start of The Great Depression. "The Little Things in Life" and, especially, "Wrap Your Troubles in Dreams," take on the philosophical tone of the day, offering a salve to the hurting masses. The playfulness of Bing's Whiteman era is gone, but there is a depth and pathos that shines through. 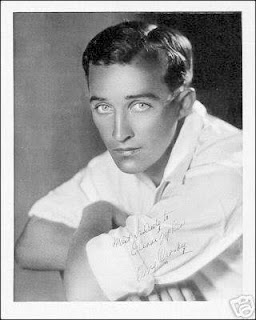 I never tire of these recordings. The compositions, the arrangements, the performances, cooperate to conjure up dance music as good as any extant. Thank you, Hennepin County and your stellar libraries!

SOURCE
Posted by David Lobosco at 4:17 AM