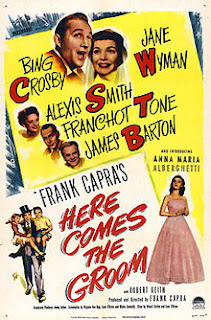 Our guest reviewer Bruce Krogan is back with his usual excellent review. This time around it is the second pairing of Der Bingle and director Frank Capra in 1951's Here Comes The Groom...

Frank Capra in his autobiography called Bing Crosby, "the master of the cultured ad-lib." A lot of time Crosby would drop several ad-libs into a script and Capra kept them in. According to Capra they were better than what the screenwriter had written. Of course partnering with Bob Hope in several films and thousands of radio, television, and live shows Bing had to be quick on the uptake.

Capra wanted to do another of his populist films like Mr. Deeds etc., in the three picture deal he signed with Paramount. But after doing Riding High and doing it well with Bing Crosby, he wanted to do one of his type film. The Paramount brass said no, but since he was unhappy at Paramount they agreed to drop their last picture commitment on his contract for one more Crosby film. Just make a good one.

Capra was as good as his word. This film is entertainment plus and a lot of that has to do with the chemistry between Bing and Jane Wyman. Most of Crosby's leading ladies were nice women who just melted with the Crosby charm. Not so here. Ms. Wyman gives as good with the wisecracks as Crosby does and is no pushover. What she is here is a fiancé who's grown tired of waiting for her man who's out gallivanting all over the world as per his job as correspondent. When he finally does come back he has two French orphans in tow. But Jane's decided to marry millionaire Franchot Tone. Bing has to get her back or those kids will be deported. That's where the fun starts. 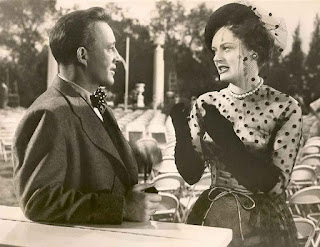 By now Paramount was giving Crosby vehicles some respectable budgets and that included letting Frank Capra hire a lot of his favorite supporting players. Those folks make a Capra film an enjoyable experience.

Franchot Tone does nicely as millionaire rival and critics were astounded at Alexis Smith who turned out to have a real flair for comedy. Funny parts she wasn't getting at Warner Brothers. She plays a "kissing" cousin of Franchot Tone and figures prominently in Bing's machinations.

They were also astounded at Jane Wyman who nobody realized could sing. Why they were is beyond me since she did start in musical choruses. The song In the Cool Cool Cool of the Evening by Hoagy Carmichael and Johnny Mercer won an Oscar for best song and became one of Bing's million selling records, dueted with Jane Wyman on screen and on vinyl. 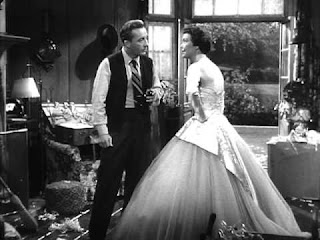 The rest of the score is by Jay Livingston and Ray Evans who were under contract to Paramount and for some reason or other never wrote another Crosby film score. Probably because Paramount didn't assign them because many years later they scored and arranged a whole album of duets with Bing and Rosemary Clooney called That Traveling Two Beat Time. And Bing did pretty good with a song written for his friend Bob Hope by them called Silver Bells.

One of the Livingston-Evans songs was a patented philosophical number called Your Own Little House. A nice song on record, on screen it's a great impromptu style number that so many of Crosby's seemed to be. Sung with a group of kids who are French war orphans, Bing does some gentle kidding of fellow entertainers Jimmy Durante and Maurice Chevalier.

This is one of Bing's best and great entertainment... 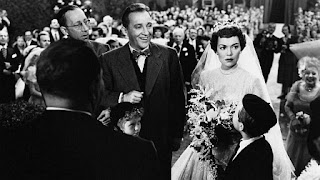