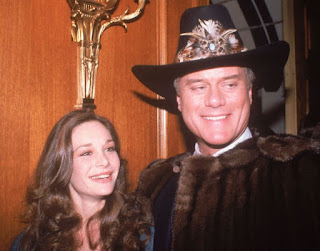 They got the answer to the question that bedeviled them for months.

They found out who shot J.R. Ewing as 90 million of them massed in front of half the nation's TVs watching "Dallas" that evening of Nov. 21, 1980.

Not that it really mattered whodunit. What mattered was, the issue was settled. The mystery solved. "Dallas" fans could finally move on.

So could "Dallas," which, by the time the shooter's identity was disclosed, had rocketed from its prior status as a mere TV hit to the far reaches of cultural blockbuster-dom.

A saga of the Texas tycoon Ewings, "Dallas" was epic, ostentatious, outrageous and addictive, with its at-each-other's-throats clan ruled by J.R. Ewing, a charmingly loathsome oil baron. As embodied by Larry Hagman, J.R. was a bottomless well of corruption who deployed a Lone Star twang, cold hawk eyes and a wicked grin.

By the evening of March 21, 1980, "Dallas" devotees were already smitten with his villainy. But then, on that third-season finale, "Dallas" threw them a curve unlike anything witnessed before: J.R. was gunned down by an unknown assailant and left for dead on his office floor.

Thunderstruck fans were left with the awful possibility (and somehow it seemed like a possibility) that the series' leading man — its main attraction — might have been disposed of. And even more unsettling: They were left in the dark as to who pulled the trigger.

But "Dallas" producers, who had cooked up the "Who Shot J.R.?" twist as an effective way to satisfy a last-minute order by CBS for two extra episodes to close out Season 3, hadn't even settled on whodunit when they decided that the deed be done. Or, if they had, they weren't talking. 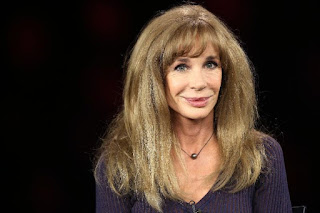 Mary Crosby says she had no idea. When she got the script, Crosby, who played Kristin, thought only, "What a great way to end the season. And J.R. certainly deserves it!"

To ensure the big secret stayed a secret to everyone, including the doer, everybody got a turn on-camera pulling the trigger.

Then, after they wrapped, Hagman, ever the jokester, changed into a novelty-shop vest and toasted the company with a glass of Scotch. As he drank, liquid spouted from numerous "bullet holes" in his chest.

"There was never a dull moment with Larry," Crosby chuckles.

The mystery, unleashed on viewers in March, ran rampant much longer than intended: An actors strike would shut down all TV production and push the start of the networks' Fall 1980 season into November, imposing an extra three months for the nation's favorite guessing game to rage.

"It was extraordinary that people cared after all that time," says Crosby.

But care, they did! Viewers scarfed up Who Shot J.R.? merchandise including T-shirts, coffee cups and beer. They put money down betting on who the culprit would be. They devoured publicity about the stunt, including a sprawling Time magazine cover story whose headline, of course, posed: "WHODUNIT?"

Running for a second term, President Jimmy Carter reportedly joked at a Dallas fundraiser, "I came to Dallas to find out confidentially who shot J.R."

No luck. But in the new season's fourth episode, the answer was finally revealed to all — including Crosby, who only then discovered that she, as Kristin, was the guilty party.

"I knew when everybody else knew," she declares, and watching "Dallas" that fateful night "I was thrilled — and spooked. I knew that it would change things, and it did. I was certainly a more recognizable figure after that!"

Needless to say, J.R. would recover and resume his villainy. He lived even beyond the series' conclusion after 14 seasons in May 1991, when viewers were duped into suspecting that he had committed suicide... 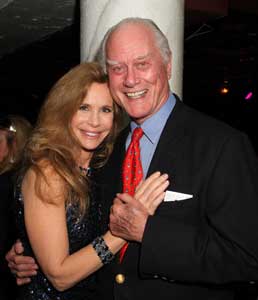 Posted by David Lobosco at 7:02 AM