ANOTHER LAWSUIT FOR BING CROSBY ENTERPRISES 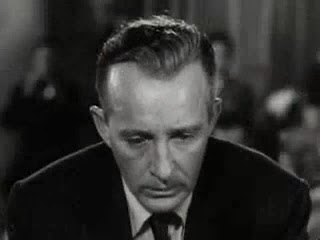 "Defendants are active participants in music piracy of the most blatant and harmful kind," the complaints state. "Specifically, defendants own and operate a worldwide distribution company in the business of selling sound recordings on vinyl LPs and CDs, motion pictures and other videos on DVDs and video games in various formats. In furtherance of that business venture, defendants, without any license or authority, have illegally sought out, imported into the United States and sold unauthorized copies of plaintiffs' sound recordings."

CD Listening Bar sells the unauthorized recordings through online retailers, and distributes its products all over the world. It also does business as Super D, Phantom Distribution, Super D/Phantom and Phantom Sound and Vision, all of which are named as defendants, as is Bruce Ogilvie, who is described as CEO, an owner of and "the dominant influence in Super D."

The copyright holders claim that CD Listening Bar "overtly claims to the public through its marketing and websites that it currently stocks 'the world's largest selection of music, movies and games' and that its stock contains 340,411 unique music and video titles of which 120,000 are U.S. CD titles, 70,000 are U.S. DVD titles and over 150,000 are non-parallel import titles from 32 countries, with additional titles coming in on a consistent basis." The plaintiff's songs are included in those thousands of titles, without authorization, they say.

"Defendants are aware that their actions of importing and selling certain Crosby audio and video recordings are not legal, and that such conduct constitutes infringement of copyright, trademark and publicity rights laws," according to the HLC complaint. "Moreover, defendants openly misrepresent to the public their authority to sell this music, falsely claiming that all of their products are 'legitimate.' Defendants also indicate that much of their music inventory is obtained through 'imports' from 32 different countries, which they misleadingly explain as 'genuine merchandise released for sale in another country ... not to be confused with bootlegs or pirated material,' thus falsely implying to their customers and the public that such titles are being legally imported and distributed in the United States.

Defendants further erroneously claim that they support all copyright laws and that they pay all appropriate mechanical licenses on their 'imports,' when in fact defendants are engaged in one of the largest operations in the world involving the sale of unauthorized musical and video titles." (Ellipsis in complaint.)

The Cole and Crosby companies say Ogilvie is causing them irreparable harm, and that he has "profited greatly" from it. 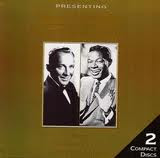 "Defendants have stolen and are profiting from the legacy built by Crosby, which plaintiff has tried vehemently to preserve and protect. Additionally, by making unauthorized products containing audio and video recordings and certain compositions of Crosby available to retailers throughout the world, defendants are permitting these recordings to be further disseminated over the Internet, and freely available to millions, in further violation of plaintiff's rights. In sum, defendants' conduct severely impairs and has the potential to destroy and/or de-value plaintiff's ability to sell, lawfully utilize and otherwise control the quality of sound recordings of Crosby. Defendants' infringing conduct with regards to plaintiff's respective rights must be stopped immediately and defendants must understand they cannot continue to run their business with complete disregard of the relevant intellectual property laws," the complaint states. 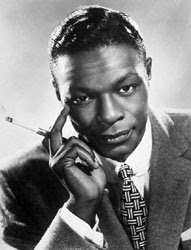 Virtually identical claims are made in the Cole complaint. Both plaintiffs are represented by Corina Maccarin with Milstein Adelman. They seek an injunction and damages for misappropriation of pre-1972 sound recordings, commercial appropriation of name and likeness, false designation of origin, description and representation, and quantum meruit. Cole's complaint demands $150,000 per infringed recording.

Nat "King" Cole, a singer and pianist, died from lung cancer in 1965, age 45. Bing Crosby died at 74 while playing a round of golf in Madrid in 1977. Neither Milstein Adelman nor Super D immediately responded to requests for comment.

SOURCE
Posted by David Lobosco at 10:37 AM