MOVIE REVIEW: THE ROAD TO BALI 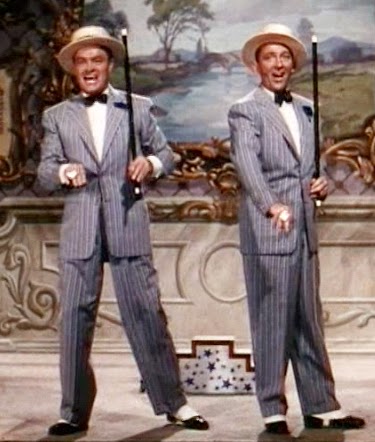 I am not sure the name of the channel, but now that I switched cable providers, I get a nostalgia channel that shows some old movies and television shows. A few weeks ago they aired “The Colgate Comedy Hour” with Dean Martin and Jerry Lewis, and the other night while going to bed I got to watch The Road to Bali again. The Road to Bali is a 1952 comedy directed by Hal Walker and starring Bing Crosby, Bob Hope, and Dorothy Lamour. Released by Paramount Pictures on November 1, 1952, the film is the sixth of the seven Road to … movies. It was the only such movie filmed in Technicolor and was the first to feature surprise cameo appearances from other well-known stars of the day.

George (Bing Crosby) and Harold (Bob Hope), American song-and-dance men performing in Melbourne, Australia, leave in a hurry to avoid various marriage proposals. They end up in Darwin, where they take jobs as pearl divers for a prince. They are taken by boat to an idyllic island on the way to Bali, Indonesia. They vie for the favours of exotic (and half-Scottish) Princess Lala (Dorothy Lamour), a cousin of the Prince (Murvyn Vye). A hazardous dive produces a chest of priceless jewels, which the Prince plans to claim as his own.

After escaping from the Prince and his henchmen, the three are shipwrecked and washed up on another island. Lala is now in love with both of the boys and can't decide which to choose. However, once the natives find them, she learns that in their society, a woman may take multiple husbands, and declares she will marry them both. While the boys are prepared for the ceremony, both thinking the other man lost, plans are changed. She's being unwillingly wed to the already much-married King (Leon Askin), while the boys end up married to each other.

Displeased with the arrangement, a volcano god initiates a massive eruption. After fleeing, the three end up on yet another beach where Lala chooses George over Harold. An undaunted Harold conjures up Jane Russell from a basket by playing a flute. Alas, she, too, rejects Harold, which means George walks off with both Lala and Jane. A lonesome Harold is left on the beach, demanding that the film shouldn't finish and asking the audience to stick around to see what's going to happen next. 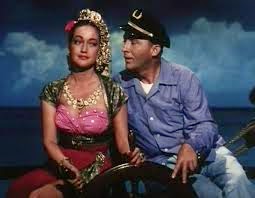 Among the celebrities who made token "gag" appearances in this film are bandleader Bob Crosby (Bing's brother), Humphrey Bogart, by way of a clip from The African Queen, Jerry Lewis, Dean Martin, and Jane Russell, as her character from the 1952 film Son of Paleface. The cameo by Martin and Lewis was part of a 'comedy trade' whereby they made an appearance in this movie while Hope and Crosby appeared in Martin and Lewis's Scared Stiff the following year. Martin and Lewis also made films for Paramount at the time.

The movie is in public domain due to it not being registered properly by Paramount, Bing Crosby Enterprises, and Bob Hope Productions. The three companies co-financed the film. As a result, there have been at least a dozen DVD releases from a variety of companies over the years. However, both CPT successor Sony Pictures Television and what is now Fremantle Media hold ancillary rights to this film, and official video releases have been issued under license from Fremantle Media (and its predecessor companies All-American Television and Pearson Television), the most recent DVD and HD-DVD releases coming from BCI Eclipse.

By the time this Road movie was made, Bing and Bob were beginning to look long in the tooth to play swinging bachelors. The storyline on the film was flimsy at best, but it provided the backdrop for the singing of Bing Crosby, the laughs of Bob Hope, and the beauty of Dorothy Lamour. Bing and Bob sang a lot of duets in the film, but the best of their vocal pairings was the opening number “Chicago Style”. Bing sings one love song “To See You Is to Love You”, which is not the best song, but Crosby was in fine voice. It is great to see the trio in technicolor, and despite the movies failings I have a soft spot for this film. The Road to Bali was the first of the Road movies I saw growing up. So if you want to have a fun trip, by all means join Bing and Bob for this Road trip. You will not be disappointed… 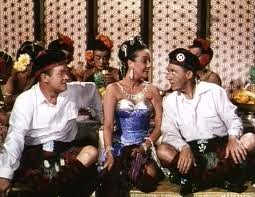 Posted by David Lobosco at 6:50 PM