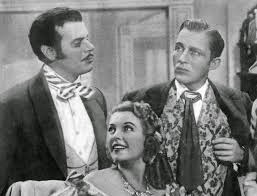 Not many people remember the funny chracter actor Billy DeWolfe. DeWolfe is basically forgotten now, except maybe his voice work in the cartoon FROSTY THE SNOWMAN. For years he was a dependable character actor though.

Born William Andrew Jones in the Wollaston neighborhood of Quincy, Massachusetts on February 18, 1907, DeWolfe was the son of a Welsh-born bookbinder who encouraged him to become a Baptist minister. Instead, "Billy" developed an interest in the theatre. He found work as an usher before becoming a dancer with a band. It was at this point that he changed his last name to De Wolfe, which was the last name of the manager of the Massachusetts theatre where he worked.

He signed with Paramount Pictures in 1943 and became a reliable comedian. His pencil-mustached and often pompous character contrasted humorously with the films' romantic leads.  His best-known role of his Paramount tenure is probably the ham actor turned silent-movie villain in the fictionalized Pearl White biography The Perils of Pauline. De Wolfe became known for his portrayal of fussy, petty men ("Never touch!," he would say imperiously whenever someone accosted him physically). 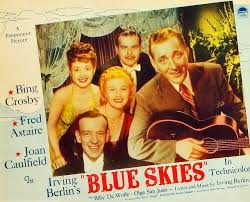 His connection with Bing Crosby were large roles in two of his Paramount movies. In the movie Dixie (1943), Bing played actual songwriter Dan Emmett, Wolfe played his rival and protaginist. He schemed Bing at every turn, and he stole Dorothy Lamour away from Bing. (However, Bing was actually in love with Marjorie Reynolds in the movie). The second movie they appeared in together was Blue Skies in 1946. It was one of Bing's musical film masterpieces, and this time around Billy played a more likeable character. Billy was Bing's right hand man who stuck by him through the years. While Bing and Fred Astaire fought over Joan Caulfield in the movie, Billy got another girl - Olga San Juan.

After his Paramount contract lapsed, DeWolfe returned to the stage. He appeared in the revue John Murray Anderson's Almanac in 1953 and 1954, and starred in the last edition of the Ziegfeld Follies, in 1957.

Generations of TV viewers know Billy DeWolfe only by his voice: his is the voice of the frustrated magician in the Christmas perennial Frosty the Snowman. DeWolfe gave the role his usual fussy diction: "Mes-sy, mes-sy, messy! Bus-y, bus-y, busy!"

He died from lung cancer in 1974 in Los Angeles, California... 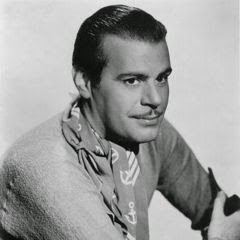 Posted by David Lobosco at 7:59 AM