WHATEVER HAPPENED TO BING CROSBY - PART 2 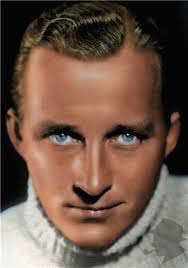 Musically, Crosby combined Armstrong’s infallible swing with Beider-becke’s lyricism. Such early 78 sides as “I’m Coming, Virginia” (1927), “Ol’ Man River” (1928), and “Make Believe” (1928) show him to have been astonishingly light on his rhythmic feet, more so than any singer of the period besides Armstrong. He reworked melodies with the self-assurance of a master improviser, adding ornaments and altering rhythms as his fancy dictated, and his “scat” singing (the made-up nonsense syllables popularized by Armstrong), heard to especially good advantage on the electrifying version of “St. Louis Blues” he recorded with Duke Ellington’s band in 1932, was wonderfully bold.

The young Bing Crosby was, in short, a jazz singer, arguably the first one after Louis Armstrong, and without question one of the best who ever lived. He was also, as Giddins correctly points out, “the first great ballad singer in jazz. . . . His sound had little precedent: rich, strong, masculine, and clean.”

By 1931, Crosby had left the Whiteman band and the Rhythm Boys, the vocal trio with which he had been featured during his years with Whiteman, and embarked on a solo career. In that year he began to appear in short subjects directed by Mack Sennett, the king of movie slapstick, thereby revealing himself to be a natural comedian, and was hired by CBS to star in his own radio show, Fifteen Minutes with Bing Crosby.

Crosby’s movies and radio appearances advertised his recordings, which began to sell in vast quantities, and within two years he was so successful that he was able to stop performing in public altogether. Between 1933 and 1975, the only crowds he sang for were the studio audiences invited to watch his radio shows. Dozens of other pop singers based their styles on his, among them Russ Columbo, Perry Como, Bob Eberle, Billy Eckstine, Dick Haymes, and Dean Martin. “All the singers tried to be Crosbys,” one of them wryly admitted. “You were either a high Crosby or a low Crosby.” At the age of thirty, Bing Crosby had become (in Duke Ellington’s words) “the biggest thing, ever.” 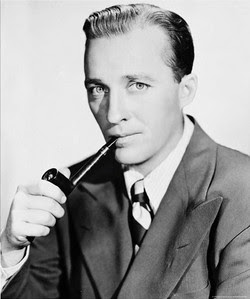 But the ultimate basis for Crosby’s superstardom—his voice—was proving to be perilously fragile. He had long had problems with laryngitis (an attack of which forced him to postpone his highly publicized network radio debut for two days), and many of the records he was making in the late 20’s and early 30’s reveal a hoarseness in the upper register which, though part of his appeal, was also an unmistakable sign of strain.

Late in 1931, a doctor warned Crosby that he had developed a node (a hard blister) on one of his vocal cords, thus rendering him particularly susceptible to laryngitis. Surgery was impossible: it might alter the quality of his voice unpredictably and permanently. The only treatment was complete vocal rest, but, Crosby having just reached the peak of his early stardom, that, too, was out of the question. He kept on singing—and drinking to excess, thereby doing further damage.

According to Giddins, Crosby’s difficulties cured themselves over time. But to listeners familiar with the long-term consequences of faulty vocal technique, his records tell a different story. Though his natural tessitura was that of a low baritone, he had an upper extension that he used freely in the late 20’s and early 30’s, casually tossing off high E’s and F’s. But because he had no formal training, he never learned how to negotiate safely the “break” leading to his upper register, and a combination of overwork, drink, and flawed technique gradually weakened that part of his voice.

Crosby’s 1931 recording of Hoagy Carmichael’s “Stardust” provides a dramatic illustration of the risks he was taking. It is one of his most famous recordings, and deservedly so: his youthful ballad style, vibrant and robust, is heard here in all its golden glory. But he is also audibly hoarse, and he sings the repeated high E’s of the chorus in a wide-open, “uncovered” voice that any competent teacher would immediately have spotted as a recipe for disaster. 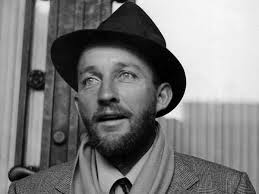 Predictably, Crosby had another vocal crisis in 1932, and was told to “rest and don’t even answer the phone—don’t talk, don’t do anything.” Instead, he took a ten-day break, then resumed his busy schedule. Giddins mentions this episode in passing, apparently not realizing that it marked a turning point in the singer’s career, the moment when he began irreversibly to “lose his top.” Though he continued to sing full-voiced high F’s on record as late as 1935, they became fewer and farther between, and songs that he might once have performed in the key of F, such as “June in January” and “With Every Breath I Take” (both 1934), were transposed down a full step, to E flat. Nor was the change limited to his upper register: by 1935, his voice had grown darker in timbre and heavier in texture from top to bottom...

SOURCE
Posted by David Lobosco at 6:16 AM