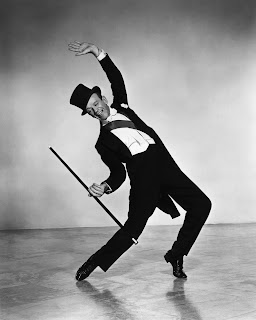 I can not believe it has been nearly 30 years since Fred Astaire's death. Here is just the partial obituary that appeared in the NY Times on June 23, 1987...

Fred Astaire, whose flashing feet and limber legs not only made him America's most popular dancer but also set standards for motion picture musical comedies that have rarely been met and never exceeded, died of pneumonia yesterday at Century City Hospital in Los Angeles. He was 88 years old.

Mr. Astaire blithely danced his way into the heart of an America tormented by the Depression and edging toward World War II. His deceptively easy-looking light-footedness, warm smile, top hat, cane, charm and talent helped people to forget the real world that nagged at them outside the movie house.

In a statement released by the White House press office, President Reagan said: ''Nancy and I are deeply saddened by the loss of a very dear friend. Fred Astaire, an American legend, has died. We join the entire nation in mourning his passing, and our heart-felt sympathies are with his wife, Robyn, and his family.'' 'The Ultimate Dancer'

''Fred was, in every sense of the word, a 'superstar,' '' Mr. Reagan said. ''He was the ultimate dancer -the dancer who made it all look so easy.'' 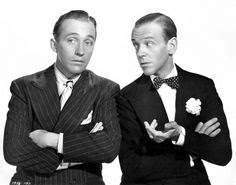 The Astaire legend, which spanned more than six performing decades on stage, screen and television, began before he was 10 years old when his mother paired him as a dancer with his sister, Adele, the partner with whom he first found success.

Mr. Astaire starred in more than 30 film musicals between 1933 and 1968. Eleven of these co-starred Ginger Rogers, his most durable dancing partner. The music they danced to was written by the cream of the popular-music world, including Cole Porter, Irving Berlin, Jerome Kern and George and Ira Gershwin.

There were other famous dancers, but few could match the sophistication and inventiveness of Mr. Astaire in such films as ''Flying Down to Rio,'' ''The Gay Divorcee,'' ''Top Hat,'' ''Swing Time,'' ''Follow the Fleet,'' ''Blue Skies'' and ''Easter Parad For all the lushness of his films, often in settings of splendor and champagne, Mr. Astaire projected a down-to-earth personality, that of a good-hearted fellow whose effortless steps, even at their most dazzling, matched his casual demeanor.

His dance numbers fit neatly within the bounds of a movie screen, but they gave the illusion of being boundless, without regard for the laws of gravity or the limitations of a set.

He danced with Rita Hayworth atop a wedding cake (''You'll Never Get Rich,'' 1941), danced on roller skates (''Shall We Dance?'' 1937), danced while hitting golf balls off a tee (''Carefree,'' 1938) and danced up the walls and on the ceiling (''Royal Wedding,'' 1951). He danced while airborne, aboard ships and in countless ballrooms where he glided flawlessly across wide-open spaces. It was the kind of dancing that caught the imagination, even of those who disdained the thought of witnessing any dancing at all. 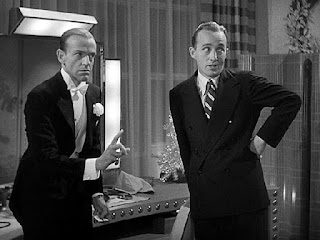 He was popular and beloved, a thin, sandy-haired man 5 feet 9 inches tall, who fretted and sweated off-camera and offstage to make his dance come across with a spontaneity that few could equal. During a long career in which he went from vaudeville to Broadway to Hollywood and later to triumph in television - his own special, ''An Evening With Fred Astaire,'' won nine Emmy Awards in 1957 - he never failed to delight mass audiences. 'Greatest Dancer in World'

He was also a paragon among his professional peers. George Balanchine, the artistic director of the New York City Ballet and a man whose supreme standards rarely allowed for superlatives, called him, simply, ''the greatest dancer in the world.''

Irving Berlin, in whose musical ''Top Hat'' Mr. Astaire wore the topper and tails that became the dancer's working hallmark, said: ''He's not just a great dancer; he's a great singer of songs. He's as good as any of them - as good as Jolson or Crosby or Sinatra. He's just as good a singer as he is a dancer - not necessarily because of his voice but by his conception of projecting a song.'' On learning of Mr. Astaire's death, Mr. Berlin told The Associated Press yesterday that ''there hasn't been such a talent as his.'' 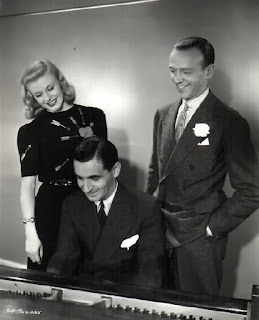 ''He was an international star,'' Mr. Berlin added.

Anna Kisselgoff, dance critic of The New York Times, gave this description of the Astaire genius: ''At its most basic, Mr. Astaire's technique has three elements - tap, ballet and ballroom dancing. The ballet training, by his account, was brief but came at a crucial, early age. He has sometimes been classed as a tap dancer, but he was never the hoofer he has jokingly called himself. Much of the choreographic outline of his dancing with his ladies - be it Miss Rogers or Miss Hayworth - is ballroom. But of course, no ballroom dancer could dance like this.''

The Astaire seen in performance was a different Astaire from the one who lived out of the spotlight. He detested formal dress, although his personal wardrobe was stylish, and frequently told interviewers how he regarded top hat and tails as no more than working dress, certainly nothing to be worn on his own time.

The easygoing air that surrounded his own performance was developed by a dancer who was extremely serious and painstaking about his work. He was frequently described as a perfectionist, and the evidence seems to leave little doubt that he worked with more than average diligence to bring his production numbers to final gloss. 'Can't Just Sit and Do It'

''Dancing is a sweat job,'' he said in a Life magazine interview when he was 66. ''You can't just sit down and do it, you have to get up on your feet. When you're experimenting you have to try so many things before you choose what you want, that you may go days getting nothing but exhaustion. This search for what you want is like tracking something that doesn't want to be tracked.'' 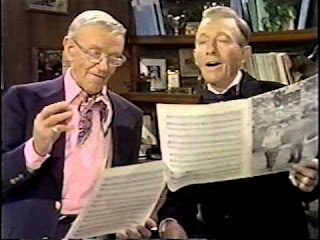 SOURCE
Posted by David Lobosco at 8:54 AM