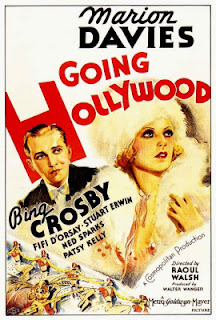 Many people love films about Hollywood like Sunset Boulevard (1950) and Singin In The Rain (1952) and rightfully so. However, there are some hidden film gems about Hollywood that I really love to watch. One such film is a 1933 offering from MGM - Going Hollywood.

Going Hollywood was primarily a starring vehicle for rising crooner Bing Crosby. Bing had become a superstar a year earlier with a popular radio show and his first feature film for Paramount Studios, The Big Broadcast (1932). However, the studio was still unsure what to do with their instantly hot product. Was Bing a singer who acted or an actor that could sing? Paramount loaned Bing to MGM, which is something they would really not do much in the future. This film would be Bing's first film for MGM studios, which at the time was the biggest film studio in the world. Bing would not make another film at MGM for 20 years and the only other movies he made for the studio would be: High Society (1956), Man On Fire (1957), and That's Entertainment(1974).

Back to Going Hollywood, the film was also a vehicle for actress Marion Davies. Despite a lifelong relationship with paper tycoon William Randolph Hearst, Davies was a star who was becoming more famous for her relationship with Hearst than for her movies. This film did little for Davies' career, but she did look beautiful in the film. Rounding out the cast were great supporting stars as Stuart Erwin, Fifi D'Orsay, Ned Sparks, and Patsy Kelly. 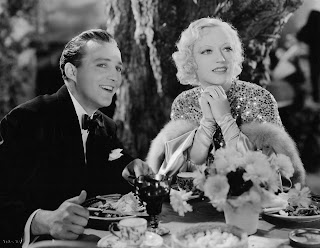 The plot of the movie has Bing basically playing Bing Crosby. He is a crooner going to Hollywood for his first starring role. Fifi D'Orsay is his girlfriend and uptight French leading lady. When I first saw the movie as a teenager I really hated her, but that is a sign of a good actress. Her role in the film was to make you hate her. Marion Davies, basically plays a stalker. She plays a school teacher at an uptight private girl's school who dreams of a relationship with the crooner. When she quits the school, she hitches a train to Hollywood to meet Crosby. She gets a small role in the film Bing is working on with D'Orsay, and as the relationship between Bing and Fifi disintegrates, the career and love life of Marion Davies looks up as she makes Bing realize that she is the woman of his dreams. 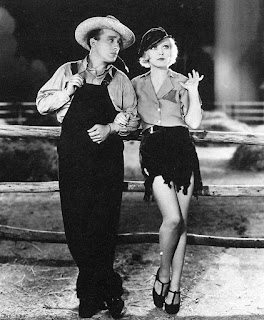 Despite a great opening in Grand Central Station, not much of the "real" Hollywood is used, which is unfortunate. The music is written by the great Nacio Herb Brown and Arthur Freed, and the film shows the debut of the popular torch song "Temptation". Other musical highlights include Bing singing "Beautiful Girl" to a young Sterling Holloway (of Winnie The Pooh fame), the bizarre Busby Berkeley-like number "We'll Make Hay While The Sun Shines", and the underrated "Our Big Love Scene". Bing and Marion Davies both looked great in the movie, and the film holds up well 72 years after it was made.

The Hollywood plot of stars going to Hollywood for fame and fortune is a plot line that is still used to do this day. Also the storyline about a failing production, an out of touch director (Ned Sparks), a naive producer (Stuart Erwin), and an uptight prima donna (Fifi D'Orsay) is again something that is a part of modern Hollywood as well as this vintage 1933 Hollywood. The movie is about Hollywood, but like in many movies, the personality of Bing Crosby overshadows the whole film... 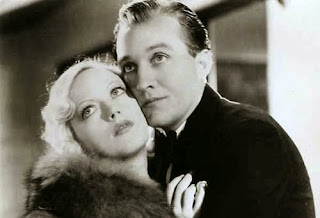 Posted by David Lobosco at 9:57 AM