BING IN HOLLYWOOD: THE STAR MAKER 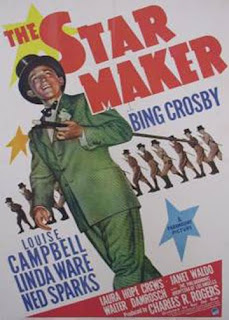 1939 is often cited as the greatest year for movies of all-time. Some of the most beloved movies like GONE WITH THE WIND and THE WIZARD OF OZ were released in that year. Paramount did not have the output that MGM had in the 1930s, but they did have a secret weapon in the form of Bing Crosby. Even though Bing was not yet considered an Oscar winning actor in 1939, he was making Paramount a lot of money. One of his best movies of 1939 was THE STAR MAKER which was directed by Roy Del Ruth.

The movie is based very loosely on the life of entertainer Gus Edwards. Edwards in the turn of the century discovered such future talent as Eddie Cantor, Walter Winchell, and George Jessel - just to name a few. The names were changed for the film and Bing starred as Larry Earl, an unsuccessful songwriter who decides to settle down with his new bride, Mary (Louise Campbell) and take a 9 to 5 job, only to realize that his true calling is show business. On his way home, he comes across some urchins singing and dancing on the streets for pennies, nickels and dimes, and decides to take these street kids to turn them into professional entertainers. With the assistance of his loving wife, who also contributes to her husband's plans, Larry's troupe of children grows and grows, making the use of their talents in vaudeville and later, after child labor laws step in, presenting them on radio and still succeeding into making them world famous.

When THE STAR MAKER used to make frequent television revivals on the late-late show some 20 years or so ago, TV Guide used to present it in its listing with its brief synopsis as a biography on pioneer showman Gus Edwards. While not really a biography on Edwards, it is probably suggested on the impresario's life and career. As usual, Bing Crosby's pleasing personality, singing and chemistry with the young kids makes this worthy family entertainment. 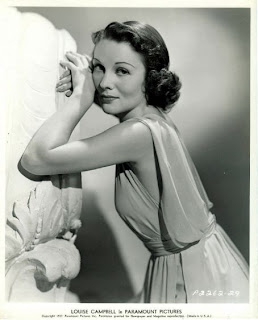 Louise Campbell (1911-1998) was very likeable in the movie, and she had a huge resemblance to Mary Martin. Campbell was perfect as Crosby's Southern wife. Also there is that deadpan character actor Ned Sparks (1883-1957) playing agent "Speed" King, who not only partakes in Earl's theatrical troupe, but the old grouch must deal with these restless and sometimes rowdy children. Amusing moments include having him surrounded by the kids and reading to them a kiddie story and constantly getting interrupted by questions, and another having Speed finding himself quarantined in a train compartment full of kids for ten days after being exposed with one with the chickenpox. 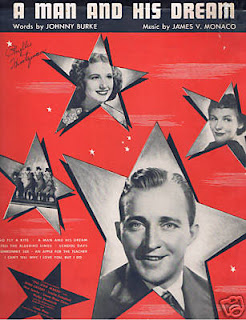 THE STAR MAKER features a handful of old song standards, many written by Gus Edwards himself, sung mostly by Crosby, including: "Here Comes Jimmy Valentine"; "A Man and His Dream" (nice new song by Johnny Burke and James V. Monaco); "East Side, West Side" (instrumental); "If I Was a Millionaire"; "Go Fly a Kite"; "I Wonder Who's Kissing Her Now?"; "Sunbonnet Sue" (sung by children); "I Can't Tell Why I Love You," "He's Me Pal," "In My Merry Oldsmobile"; Ludwig Von Beethoven's "Symphony # 5 in B Minor" (sung by Linda Ware); "The Darktown Stutters Ball" (sung by Ware); "An Apple For the Teacher"; "School Days"; "The Waltz of the Flowers" by Peter Tchaikovsky (sung by Ware at Carnegie Hall); and "Still the Blue Birds Sing" (new song by Burke and Monaco, sung by Crosby and children). Of all the songs sung in the movie, I think Bing's best number was "I Wonder Who's Kissing Her Now?", which Bing did not record commercially - but a young fellow crooner by the name of Perry Como did.

THE STAR MAKER gives special screen billing to 14-year-old Linda Ware (1925-1975), making her movie debut, possibly Paramount's answer to Universal's singing sensation, Deanna Durbin. A good singer but not a convincing actress, Ware's career sadly didn't go very far after this. Also featured in the cast are Laura Hope Crews, Walter Damrosch as himself; Thurston Hall, Billy Gilbert and a very young Darryl Hickman as one of the dancing kids.

Long on songs and production numbers, and light on plot, THE STAR MAKER, while not as famous and popular as Crosby's other musical flicks, is still worth seeing, and then to sit back to wonder how good the movie itself would have been had it been a bio-pic on Gus Edwards himself, and the use of actual future performers he discovered appearing as themselves in songs and sketches that made them famous. In THE STAR MAKER, Bing was not kissing Vivien Leigh or dancing down the yellow brick road, but his journey in this film was enjoyable nevertheless...