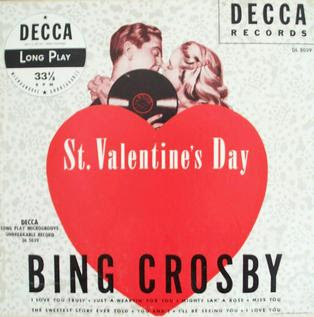 Just in time for Valentine's Day, I wanted to spotlight a little compilation album that I used to have on an old 10 inch album. It was a cute album. St. Valentine's Day is a Decca Records compilation album of recordings by Bing. Bing Crosby had enjoyed unprecedented success during the 1940s, with his output including six No. 1 hits in 1944 alone. His films, such as Going My Way and The Bells of St. Mary's, were huge successes as were the Road films he made with Bob Hope. On radio, his Kraft Music Hall and Philco Radio Time shows were very popular. Decca Records exploited this by issuing a number of 78rpm album sets, some featuring freshly material and others using Crosby's back catalogue. Ten of these sets were released in 1946, nine in 1947 and nine more in 1948. Most of these 78rpm albums were reissued as 10" vinyl LP's in subsequent years. 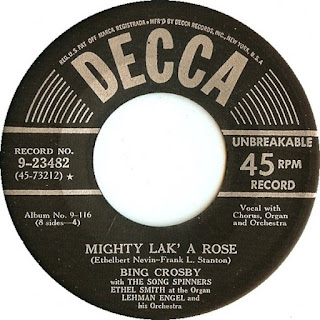 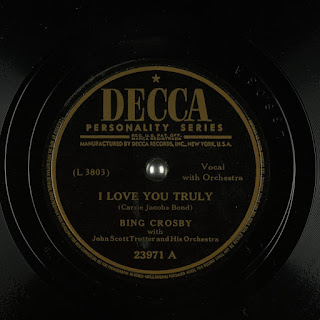