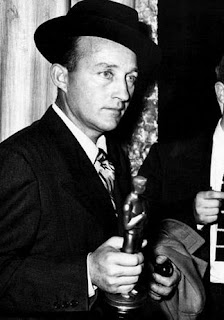 Bing Crosby graduated from Gonzaga High School in Spokane, Washington in 1920 and received an honorary doctorate from Gonzaga University in 1937. Crosby retained an interest for his former school throughout his life and contributed generously to it. Through his efforts the Crosby Library was constructed and dedicated as a memorial to the Crosby family in 1957. The school’s collection is the largest public Crosby collection containing his 1944 Oscar for “Going My Way,” gold and platinum records, trophies and awards, photographs, correspondence, news clippings, radio disks, records and cassettes, and other memorabilia.

One weekend in late April of 1972, Bing’s Oscar was stolen and a three-inch statue of Mickey Mouse was left in its place. Police said that the theft appeared to be a prank since none of the other Crosby memorabilia in display cases was disturbed. The police report at the time valued the gold-plated Oscar at about $75.

The following Friday, the university newspaper ran an interview with an anonymous person who said he carried out the theft because “I wanted to make people laugh.” A few days later, the Oscar was found in the University chapel by a priest and returned to the display case. 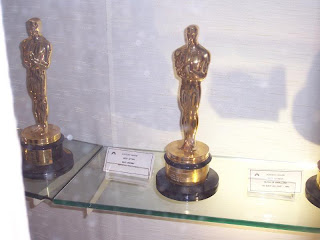 SOURCE
Posted by David Lobosco at 10:41 AM