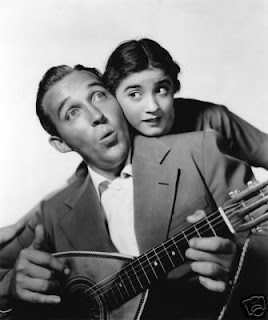 Child actress Edith Fellows had made about 30 films when she starred at 13 in a heart-wrenching high-profile, 1936 custody case driven, she later said, by "my money - past, present and future."

Abandoned as an infant by her mother, she was being raised by her paternal grandmother, who brought Edith, then 4, to Hollywood from South Carolina after a "talent scout" guaranteed her a screen test for a $50 fee.

The address they were given led to a vacant lot, and her grandmother responded to the con man's ruse by cleaning houses so that they could afford to stay. Within two years, Edith was cast in her first film, the 1929 short "Movie Night."

She had appeared in such movies as "The Rider of the Death Valley" (1932) with Tom Mix and "Mrs. Wiggs of the Cabbage Patch" (1934) with W.C. Fields when the mother she had not seen for most of a decade came knocking on the door.

When her mother sued her grandmother for custody, Edith testified, "I might be willing to be friends with her if she'd leave me alone, but I'm not used to loving strangers."

Once the two sides agreed that Edith would remain in her grandmother's care, her mother sought an allowance from her daughter. The judge advised taking it up with probate court.

Fellows died of natural causes Sunday at the Motion Picture and Television Fund's retirement home in Los Angeles' San Fernando Valley, said her only child, Kathy Fields Lander. She was 88.

Yet not everything was as it appeared to be during Edith's courtroom testimony, which ended months before the release of "Pennies From Heaven," a film featuring Edith as an orphan who is befriended by Bing Crosby.

Her off-screen life was tightly controlled by her domineering grandmother, Elizabeth Fellows, who once had stage ambitions and essentially forced her into show business, the actress later recalled.

When Edith was signed by Columbia Pictures in the mid-1930s, studio chief Harry Cohn strongly suggested that her grandmother buy the teen actress some decent clothes.

Forced to choose in court between her grandmother and her mother, Edith had "mixed emotions," she told People magazine in 1984.

Her mother seemed "cold and a little tough," Fellows said in the article, so she chose to stay with the stern hand she already knew.

As a result of the court case, Edith's earnings was placed in a trust. In 1939, the Los Angeles Times reported that her estate might end up worth $150,000 - the equivalent of about $2.3 million today - when she turned 21 and could claim the money.

Instead, her tale took another cinematic turn when she returned from acting in New York theater to collect her childhood income.

When the California bankers handed her a check for $900.60, Fellows thought it was a joke and later recalled asking, "OK, now where's the rest of it?"

Her grandmother wasn't around to ask; she had been dead for several years.

Fellows always blamed the missing thousands on her mother, who said of Edith during the court case: "I saw her in a picture once, but I didn't know she was my daughter." 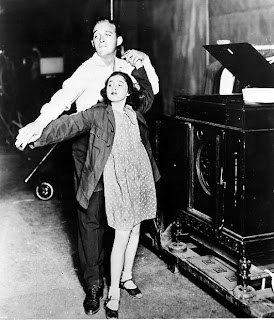 Edith Marilyn Fellows was born May 20, 1923, in Boston and by 2 months old was under her grandmother's care.

Repeatedly cast as a spoiled brat and a street urchin in the movies, Edith especially enjoyed playing oldest sibling Polly Pepper in the "Little Peppers" film series released in 1939 and 1940, her daughter said.

At 17, Edith was dropped by Columbia and made a handful of films before turning to stage roles that included Broadway.

While performing with the USO, she met talent agent and future studio executive Freddie Fields. They married in 1946, had a daughter and divorced in the mid-1950s.

"She was 4-foot-10, a feisty kind of pixie with a bubbly personality," her daughter said, "and she could sing."

During a 1958 benefit performance in New York, Fellows suffered a physical breakdown that a psychiatrist attributed to "acute stage fright," partly due to being forced into a life of performing, she recounted in 1984 in People.

Her second marriage, to a management consultant, ended after several years when he tried to push her back into show business, she told the magazine.

Penniless and depressed, Fellows spent several years as an operator for answering services, dependent on alcohol and tranquilizers, she later recalled.

After she returned to Los Angeles around 1970, a friend wrote a play, "Dreams Deferred," based on Fellows life and asked her to star in it. It helped her return to acting, onstage and in television and film. 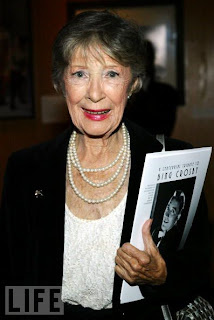 Opening in it "was like going through a doorway," she told People in 1984. "I just knew that I was home."

Fellows is survived by a family of actors - her daughter Kathy, who is married to David Lander, who played Squiggy on TV's "Laverne & Shirley"; and her granddaughter, Natalie Lander...
Posted by David Lobosco at 5:31 AM