BING AND HIS SITCOM

Many people do not know that Bing Crosby had his own sitcom during the 1964-1965 television season. It has yet to be released officially. However, I found these three great reviews of the short-lived series:

I have a standing rule: you can expect a sitcom to be pretty dire if the star of the show plays a character who has the same first name as the star. So far, this rule has proven to be true far more often than it hasn't been. (Got that, Lucy?) 'The Bing Crosby Show' was a sitcom starring Bing Crosby as a guy named (wait for it) Bing ... which is implausible enough on its own, but made more so by the fact that the Bing character in this tv series is NOT in show business!

Bing Crosby plays Bing Collins, a former crooner who gave up show-biz stardom for the easy-going life as a professor at a community college, teaching electrical engineering! It seems unlikely that a crooner would ever have had time to learn electrical engineering ... although, in real life, Bing Crosby financed the research to develop electronic recording tape. Professor Collins's wife Janice (played by the cult actress Beverly Garland) dislikes the dull existence of a campus wife, and she wants Bing to go back into show-biz, which she always found more glamorous. For Mrs Collins, the campus life is not a college bowl of Bing cherries.

The Collinses have two daughters: the older is a typical TV teenager, whilst the younger daughter is a genius. This is the most original aspect of 'The Bing Crosby Show', as in Television-Land the rules state that child geniuses on sitcoms are always little boys, not girls.

In every episode, somebody would have some sort of problem which only wise old Bing could sort out. After putting everything to rights, Bing would warble a tune whilst everybody else sat about admiring Bing's tonsils. There's no more boo-hooing when Bing starts buh-booing.

I'm deeply a fan of Bing Crosby, and this low-budget sitcom is enjoyable because of the sheer strength of Bing's talent and presence. But he's done much better work elsewhere. The camera work is quite good: typically, for a Desilu production of this period. And Bing's suits are nice. Not much else happening here, though. 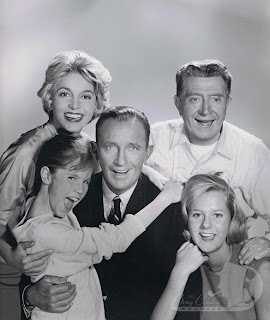 I pretty much agree with the previous viewer. But one thing that he forgot to mention. Bing was color blind. It was the reason he wore so many pieces of loud clothing during the Thirties and Forties when he was at his height. His choice of garment apparel was much fodder for Bob Hope's monologues.

The one episode I remember is with son Gary guest starring as a would-be teen idol. He's in fact composed an "original" song that he's sure will rocket him to the top.

Of course it's old melody master Bing who uncovers the fact that Gary has plagiarized Night and Day. Of course since Bing did his own record of it back in the day it would be only natural that he would spot it.

Bing's best small screen work was as the most featured host of the Hollywood Palace. I wish someone would get those shows over on the TV Land channel.

I remember when this show was on and reviewers were struck by the fact that the Greatest Entertainer Ever would be doing something as ordinary as a TV situation comedy.

It's not that the show was bad, but that it was so beneath him. 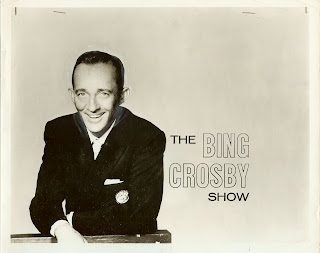 Objectively, everything that the other reviewers have said is true, but it's still Bing. I love seeing him in previously undiscovered settings, and this is one of them.

If you can get a hold of these episodes, they are fun to watch. Beverly Garland was a good match for Bing, before she became the step-mom on "My Three Sons."

The stories do all wrap up nicely in the time of the episode, but that's how TV worked back then. It's nice to see guest stars appearing on the show. All in all, I can think of worse ways to spend your time!

Now if any of you have a source for the old "Hollywood Palace" shows, that would be the best compliment to this show. 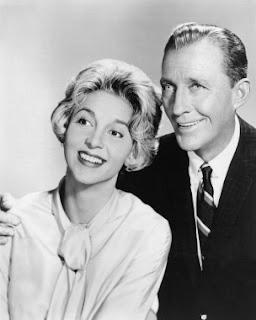