If you are in Spokane in December, you might want to check out this wonderful film festival... 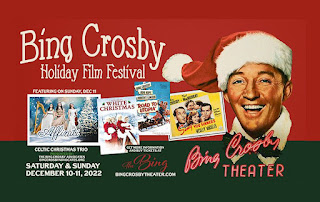 SPOKANE, Wash. — If you’re not the biggest fan of Halloween or Thanksgiving, you’ll want to circle this on your calendar.

The 2022 Bing Crosby Holiday Film Festival is coming back to Spokane in December. On December 10-11, you can watch some of Crosby’s best films, including two showings of his most famous movie “White Christmas.” The festival will also debut his rarely seen 1938 musical “Sing You Sinners.”

There will also be live performances from The Zonky Jazz Band and Howard Crosby, who is the son of Bing’s brother, Ted. Howard will perform with the popular Celtic Christmas trio Everdream formerly known as “Affiniti.”

This is also the 80th year of Crosby’s recording of Irving Berlin’s “White Christmas,” one of the most popular songs around Christmastime.

The special weekend benefit event will happen at the Bing Crosby Theater in downtown Spokane.

Proceeds from the event will go to the Bing Crosby House Museum on Gonzaga’s campus at 508 E. Sharp Ave. in Spokane.

Tickets cost $20, but are free for those who are 17 years old and younger. Tickets are on sale at TicketsWest.com. 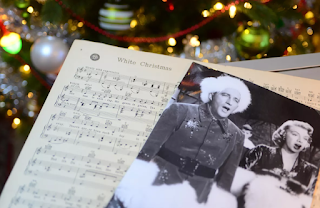