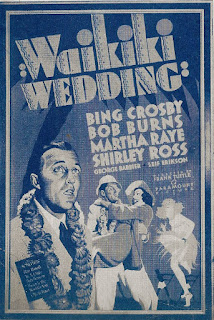 Before Bing made the film, he and wife Dixie Lee vacationed in Honolulu where he met band leader Harry Owens. Owens had composed the song “Sweet Leilani” for his daughter that was born around that time. The name “Leilani” means “flower of heaven”. Bing fell in love with the song and wanted to use the song in the film. Harry Owens was reluctant, but he eventually agreed. The movie producers did not want to use the song in the film either, but with Bing’s higher clout as one of Paramount’s biggest money makers, Bing smartly demanded that the song to be in the film. The song was a huge success. It was Bing’s first million selling song, and it also won the Oscar for Best Song in 1938 beating out such songs as the Gershwin’s “They Can’t Take That Away From Me” and Sammy Fain and Lew Brown’s great standard “That Old Feeling”. The rest of the songs in Waikiki Wedding were written by Leo Robin and Ralph Rainger, whom as you know wrote many of Bing’s film songs of the time. The three songs other songs that Bing sang in the film included “In A Little Hula Heaven”, “Blue Hawaii”, and “Sweet Is The Word For You”. The song “Blue Hawaii” would remain popular through the years even to be revived later on by Elvis Presley. Personally, I think the most underrated song in the film was “Sweet Is The Word For You”. It was the great love song of the film, and the song should be remembered more.The reviews were mostly positive for the film too:
Frank S. Nugent writing in The New York Times commented: "Regretting that he has but one voice to give, Bing Crosby is surrendering it cheerfully at the Paramount to the uses of the Hawaiian Board of Trade, the pineapple industry and sundry tourist agencies. His Waikiki Wedding places him in a welter of grass skirts, tropical sunsets, Martha Raye and a razorback pig called Walford...It is, at least, a workable idea for a musical comedy, even though the fabric has been stretched so far that it has burst in places...Mr. Crosby is still the pleasantest of our crooners and Miss Ross was all right, too." 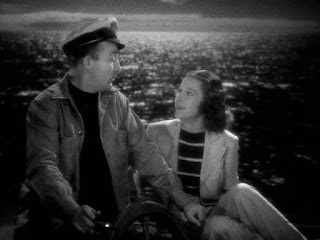 Variety had minor doubts about the songs. "A romantic picture, pure and simple, Waikiki Wedding should have no difficulty getting by anywhere. It’s saccharine celluloid, sugar coated by Bing Crosby’s and Shirley Ross’ crooning in a surefire palmetto setting. The prime possible box office deterrent with this pic is that it comes so soon after the release of Crosby’s Pennies from Heaven for Columbia, but this damper should not be drastic. While none of the songs here will hit the top performance brackets, they fit the picture’s theme and the voices of Crosby, Shirley Ross and Martha Raye. They should get at least a minor play on the air. . . (Crosby) also makes the best of his songs, a couple of them spotted in night sailboat scenes that are very well photographed and directed."

In my opinion, Waikiki Wedding was no grand masterpiece, but it is an example of Bing just being appealing in any role he is cast in. Bing’s role in this film is mostly as a lying publicity agent, but by the end of the 89 minute film I find myself rooting for Bing to get the girl. Some of the scenes are beautifully done and despite not being shot in color, the audience gets the feel of old Hawaii. This was the Hawaii of 1937, so I am sure it is much different now. As we all know Hawaii would be devastated four years later with the bombing of Pearl Harbor. However in 1937, Hawaii was a peaceful and beautiful oasis. It was easy to believe that Bing and Shirley Ross could fall in love here! It was joy to watch the movie, especially since the closest I will get to Hawaii this year is a trip to our community pool, It is nice to watch Waikiki Wedding and get the taste of the islands from Bing! If you have not watched this film do yourself a favor and put it on. As Bing would say “Aloha on the steel guitars!”
MY RATING: 9 OUT OF 10 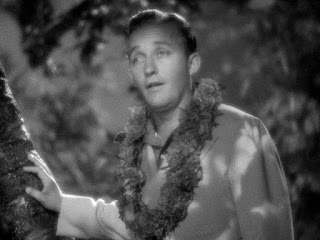 Posted by David Lobosco at 8:34 AM