AMERICA, I HEAR YOU SINGING 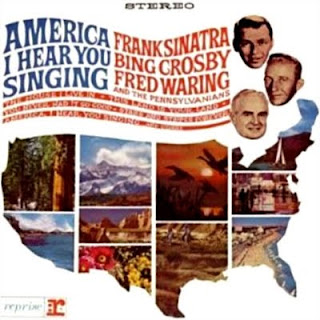 Produced by Sonny Burke, the album was released by Reprise Records in 1964 by Frank Sinatra who decided to bring in Bing Crosby as well as Fred Waring’s glee club.

The album was produced to honor the late president John F. Kennedy who was assassinated the year before. The list of arrangers and conductors are impressive with a variety of talents that include Nelson Riddle, Tom Scott, Roy Ringwald, Dick Reynolds, Jack Halloran, Harry Simeone and Hawley Ades.

With the mention of an album honoring the late President Kennedy, it should be noted that the Hollywood rumor regarding Sinatra removing the movie The Manchurian Candidate from distribution after the John F. Kennedy assassination on November 22, 1963 is just that a rumor and is not true. One can understand the correlation since the movie is about brainwashing and the assignation of a political leader.

Giving it to you straight, the film was not absolutely removed from distribution. There is plenty of evidence in the industry that proves otherwise. The truth of the matter is that film was hardly shown in the decades after the year of the assassination. The film just played out its distribution timeline, which coincidentally occurred during the unfaithful time in America’s history.

America, I Hear You Singing is not a major production or an engaging set of tracks by Sinatra’s standards, but more of a patriotic gesture. Some songs do stand out like “You Never Had it So Good” with Sinatra and Crosby singing about the greatness of America. 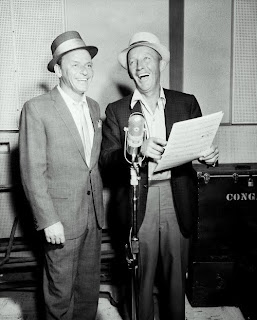 The Andrews Sisters join Sinatra in “You’re A Lucky Fellow, Mr. Smith.” The upbeat song easily justifies a good reason to seek out the recording because the sisters swing with Sinatra in a joyous way.

He sounds alive and fresh like he’s having a great, and the brass sounds are good and tight. The fact that you get a chance to hear both Sinatra and Crosby together is nostalgic. Crosby bringing his style to the album with his solos sounds overpowering and sentimental, although mourning is something to hold on to and listen over and over again. The record was never reissued as an individual album on CD, but can be found as part of The Complete Reprise Studio Recordings. NOTE: I believe it is now available on an individual CD... 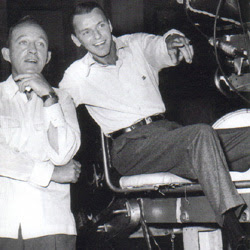