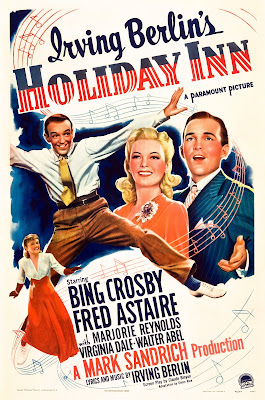 Bruce Krogan is back to kick off our Christmas season with a review of the popular 1942 Bing flick Holiday Inn...

Finally Paramount gave Crosby a big budget musical and didn't rely on his charm and personality to carry the film. The budget went to hire such outside talent as Fred Astaire and Irving Berlin. And none of them disappoint.

In the first of two films Astaire and Crosby did together the characters are remarkably the same. Astaire is the elegant and charming show business professional who's ambitious for success. Crosby is the talented, but lazy partner who just wants a life of ease and comfort and not to work more than he has to. Small wonder that their double act broke up. But now enter a complication. They both get interested in the same girl who in this film is Marjorie Reynolds.

Crosby dreams up the idea of a nightclub/hotel called Holiday Inn where they only work on holidays. He wants Reynolds to help with the shows there. Astaire wants her for his act after his other girl partner Virginia Dale runs off with a millionaire. And the fun starts. Now since this was Crosby's home studio and he's first billed, just who do you think gets Reynolds in the end? As maid Louise Beavers put it, don't sit and mope because some slicker stole your gal. 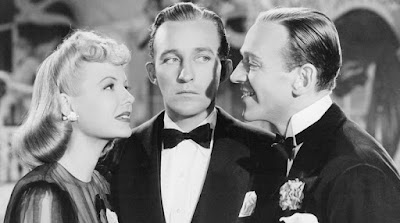 Irving Berlin writes a majority of new songs to supplement a couple from his vast trunk of songs mostly about our holidays. By that time Berlin had extracted an agreement which became standard for all the films he wrote for. Not one note of non-Berlin music is ever heard in a score he writes. Just listen to this and just about any other film Berlin is associated with. Even music in the background is his.

The hit song in this was supposed to be Be Careful It's My Heart, the Valentine's Day song, sung by Crosby and danced to by Astaire and Reynolds. It did have a good deal of success. But the success of White Christmas was exponentially phenomenal. It netted Irving Berlin his one and only Academy Award and for Bing Crosby his number one item on vinyl. In fact everyone's number one item on vinyl.

I don't know if Bing Crosby ever set out to become the voice of Christmas, but if he did he was a marketing genius. If he's known and appreciated for anything with today's audience, it's for that. White Christmas became the first Yule song he was identified with although he had recorded some Christmas material before that. After this he started doing the holiday music in serious. Just think, along around Columbus Day, record companies even now reissue his Christmas stuff every year and his totals as largest selling recording artist in history grow once again. That's why the Beatles and Elvis, etc. don't have a prayer of overtaking him. 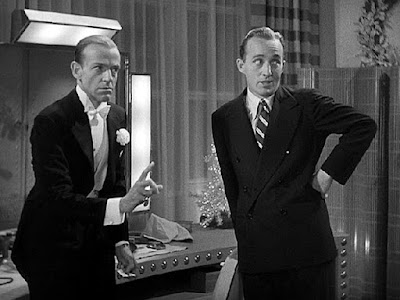 In fact White Christmas's initial success was so great that Decca wore out the original master putting out records to meet the demand. So in 1945, Decca got Bing, the Ken Darby Singers and John Scott Trotter to re-record it almost note for note. The original 78 had White Christmas with the flipside of Let's Start the New Year Right also from Holiday Inn. The newer version which most people hear has as it's flipside God Rest Ye Merry Gentlemen.

I don't want to ignore Fred Astaire's contribution here. He does a nice comic turn with I Can't Tell a Lie, the Washington's birthday number where Crosby keeps changing the tempo to upset him and Reynolds. The Fourth of July yields a number for each. Reynolds is kept from the show by Bing's machinations and Astaire has to "improvise" something. He "improvises" Firecrackers and anyone who knows anything about Astaire knows how hard he worked to get that spontaneous feeling in his dancing. Bing sings The Song of Freedom, reminiscent of James Cagney's Grand Old Flag number from Yankee Doodle Dandy also out in 1942 and Song of Freedom is also reminiscent of what Paramount could have given Bing in the 1930s had they hired someone like Busby Berkeley to give Bing some of the production numbers that Dick Powell had at Warner Brothers.

So what more is there to say, but sit back and enjoy the fun... 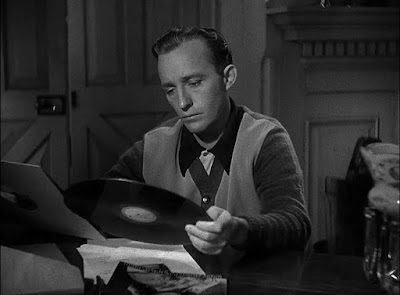