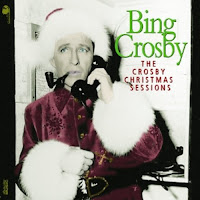 UMG claims that HLC has "clear knowledge of the re-recording restrictions in the 1943 agreement," but released its Christmas album anyway, containing some of Crosby's most popular songs, including "Adeste Fidelis," "The Christmas Song," "Silent Night," and other chestnuts.

UMG says HLC breached contract and breached faith and fair dealing by releasing its own, competing version of the Christmas tunes. It wants distribution of HLC's "The Crosby Christmas Sessions" enjoined, and damages. It is represented in Superior Court by Steven Marenberg with Irell & Manella.

Kathryn Crosby is not named as a party.