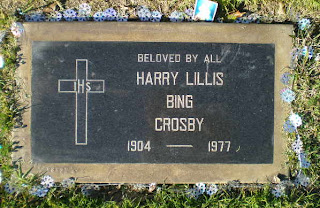 Though best known as a laid-back crooner, Bing Crosby was also an Academy Award-winning actor.

Crosby started his career as a singer and drummer in a small combo while studying law at Gonzaga University in Spokane, WA. Crosby and his band, The Rhythm Boys, appeared in several films in the early 1930s. His first starring role was in "The Big Broadcast" (1932). Crosby also appeared in several two-reel musical comedies produced by Mack Sennett, and audiences loved his natural, easy-going style, as both an actor and a singer. 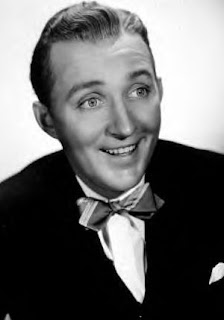 Crosby co-starred with Fred Astaire in "Holiday Inn" (1942), and Crosby's version of Irving Berlin's "White Christmas" quickly became the biggest-selling recording of all time. For his dramatic performance as Father O'Malley in "Going My Way" (1944), Crosby won the Academy Award as Best Actor, and he was nominated for the same award in the sequel, "The Bells of St. Mary's" (1945). Crosby received his third nomination for his performance in "The Country Girl" (1954).

Crosby returned to musicals with "White Christmas" (1954), "High Society" (1956) and "Robin and the Seven Hoods" (1964). His final film role was a dramatic performance in a remake of "Stagecoach" (1966). Crosby appeared regularly on television in the 1960s and 1970s, performing on variety shows and hosting an annual Christmas program that usually featured members of his family.

Crosby died in 1977, just after finishing a round of golf in Madrid, Spain.

Despite his laid-back image, Crosby was a savvy businessman. When he died, Crosby was reportedly one of the wealthiest entertainers in Hollywood, with an estate estimated at up to $400 million.

In his will, Crosby provided detailed funeral instructions, with a request that "my funeral services be conducted in a Catholic church; that they be completely private with attendance limited to my wife and the above-mentioned children; that a low Mass be said and that no memorial service of any kind be held. I further direct that, insofar as possible, services be held without any publicity, other than that which my family permits after my burial, which shall be in a Catholic cemetery."

Next to Crosby is the grave of his first wife, an actress and singer who performed under the name of Dixie Lee, but is buried under her real name, Wilma W. Crosby (1911 - 1952). They were married in 1930, and had four sons, Gary, Philip, Dennis and Lindsay. Crosby married his second wife, actress Kathryn Grant, in 1957, and they had three children, Harry, Nathaniel and Mary Frances.

Crosby purchased four plots at the cemetery when his father died in 1950. At the time, he planned that the spaces would be used by his father, his mother, himself and his wife, Dixie. By the time Crosby died in 1977, the other three spots were already filled, and he was married to Kathryn. And there were no other plots available nearby. So where will Kathryn be buried?

Crosby anticipated that problem when he wrote out his funeral instructions. Instead of being buried at the customary depth of six feet, Crosby was buried nine feet deep, so that, if Kathryn wishes, she can be buried in his plot, on top of him, and his grave marker can be replaced with one containing both of their names.

SOURCE
Posted by David Lobosco at 5:40 AM