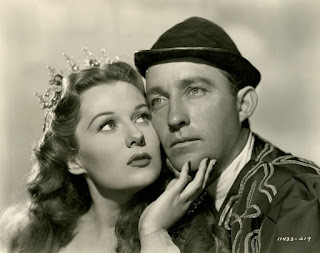 Rhonda Fleming, star of the 1940s and ’50s who was dubbed the “Queen of Technicolor” and appeared in “Out of the Past” and “Spellbound,” died Wednesday in Santa Monica, Calif., according to her secretary Carla Sapon. She was 97.Fleming appeared in more than 40 films and worked with directors such as Alfred Hitchcock on “Spellbound,” Jacques Tourneur on “Out of the Past” and Robert Siodmak on “The Spiral Staircase.”

Later in life, she became a philanthropist and supporter of numerous organizations fighting cancer, homelessness and child abuse.

Her starring roles include classics such as the 1949 musical fantasy “A Connecticut Yankee in King Arthur’s Court” alongside Bing Crosby whom she later dated, 1957 Western “Gunfight at the O.K. Corral” and the noir “Slightly Scarlet” alongside John Payne.

Her co-stars over the years included Kirk Douglas, Glenn Ford, Burt Lancaster, Bob Hope, Rock Hudson and Ronald Reagan, with whom she made four films. Other notable roles included Fritz Lang’s “While the City Sleeps,” “Pony Express” and “The Big Circus.” One of her last roles was in the Don Adams farce “The Nude Bomb” in 1980, and she spoofed herself as “Rhoda Flaming” in 1976 comedy “Won Ton Ton, The Dog Who Saved Hollywood” along a bevy of other vintage performers from Dorothy Lamour to Stepin Fetchit and Rudy Vallee.

Born Marilyn Louis in Hollywood, she attended Beverly Hills High and was discovered by the famous agent Henry Wilson while on the way to school, she told the Warner Bros. podcast. Wilson changed her name to Rhonda Fleming and she was then signed to a contract with David O. Selznick. Her first major part was as a nymphomaniac in “Spellbound,” and she said she was so naive she had to look up the word in the dictionary when she was cast. 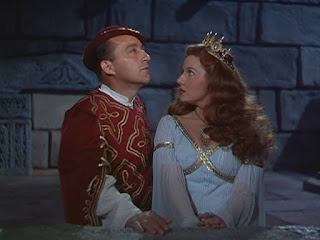 In addition to cinema, Fleming made her Broadway debut in Clare Boothe Luce’s “The Women” and toured as Madame Dubonnet in “The Boyfriend.” In 1957, Fleming made her stage musical debut in Las Vegas at the opening of the Tropicana Hotel’s showroom. Later she appeared at the Hollywood Bowl in a one-woman concert with compositions from Cole Porter and Irving Berlin. In 1960, she was awarded a star on the Hollywood Walk of Fame.

Fleming also routinely guest-starred on television in series including “Wagon Train,” “Police Woman,” “The Love Boat” and a two-hour special of “McMillan & Wife.” Along with Maureen O’Hara, she was bestowed the nickname of “Queen of Technicolor” for how well her red hair and green eyes photographed in vivid color.

In 1991, Fleming and her late husband Ted Mann of Mann’s Theaters established Rhonda Fleming Mann Clinic for Comprehensive Care for Women with Cancer at UCLA in memory of her sister Beverly, and in 1992, she founded the Rhonda Fleming Mann Resource Center at UCLA. She opened the Reflections boutique to help cancer patients with items including wigs and prostheses. 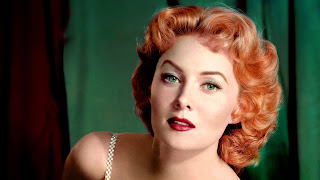 Her other charitable efforts include being an ambassador of Childhelp, dedicated to the care and treatment of victims of child abuse, and P.A.T.H. (People Assisting the Homeless), where she established two Rhonda Fleming Family Centers. 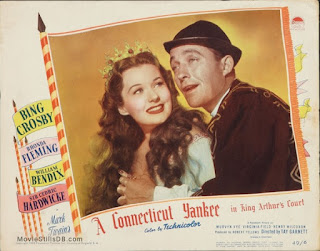 Posted by David Lobosco at 6:42 PM