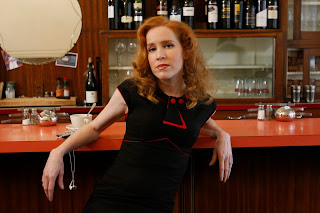 MISSISSAUGA — When Bing Crosby first took to the airwaves in September 1931, he was a little-known former member of The Rhythm Boys.

But his 15 minutes of weekly exposure on CBS radio soon soon made him a big star. By the end of that year, Crosby had recording and radio contracts and was cranking out the hits, which came in quick succession.

One of them was a violin-soaked plea for forgiveness called One More Chance, in which Crosby crooned "I've learned the meaning of repentance/I know that I should serve my sentence."

Jazz singer Alex Pangman revived the old chestnut for her just-released CD, Have a Little Fun. She's now followed that up with a video of the song.

It features atmospheric black-and-white vintage footage of couples strolling around Lisbon interspersed with Pangman strolling the same streets in modern days, shot in colour, as she sings the tune.

The jarring juxtaposition of the black-and-white and colour episodes adds to the nostalgic tone of the Mississauga native's treatment of the Crosby classic, on which she is accompanied by guitar jazz legend Bucky Pizzarelli on guitar and Michael Herring on double bass. Drew Jurecka adds a sensational violin solo.

Pangman says she chose Lisbon for the video because it has been "home for over a century to the fado music that told of broken hearts and fate."

She wonders what Crosby might think of her interpretation.

"I doubt Bingo ever saw his hit song performed this way," she says.

After launching her CD at the end of March, Pangman has a busy month of May scheduled.

She's at The Reservoir Lounge at 7 p.m. tomorrow night (Thurs. May 2). Then on May 9 she's at The Aeolian in London, Ont.

Local fans can see her closer to her roots at The Old Mill on May 17 at 7:30 p.m., in a comfy trio with two of her backing musicians on the CD, Peter Hill (piano) and Ross Wooldridge (clarinet and sax). 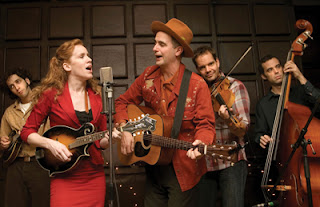 SOURCE
Posted by David Lobosco at 5:44 AM