HOW MUCH WAS BING WORTH?

Despite his easygoing manner, Crosby had a reputation as a hard worker. And he was an achiever, leaving a fortune that may range from $80 million to $100 million.

It's easy to see where all the money came from: Crosby starred in 57 films, sold more than 300 million records, earned top-dollar for years as a radio, television and nightclub performer.

Few have earned as much money as Crosby did. Even fewer have handled whatever they had with equal wisdom or with the rampant luck that was his peculiar bounty. His was one of the greatest of Hollywood fortunes, probably ranking behind those of Bob Hope and Fred MacMurray alone.

Years ago Crosby acquired vast landholdings in California and oil wells in Texas, at a fraction of their present worth.

His part-ownership of the Pittsburgh Pirates baseball team, music publishing ventures, income from his infrequent but top-rated TV appearances reflected and contributed to his great wealth.

He once held distribution rights for a frozen orange juice, now the Minute Maid division of the Coca Cola Company, in which his holdings were believed to be significant. Later, he appeared in orange juice commercials and TV specials with his second family.

His Bing Crosby Enterprises marketed a variety of wares. He owned a luxurious trailer village at Palm Springs, Calif., a 20,000-acre cattle ranch near Elko, Nev., and a ranch in Argentina. 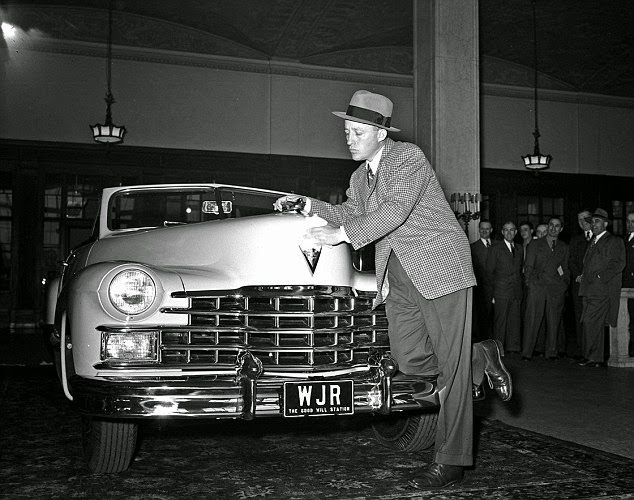 He received a few million dollars worth of stock when Cox Broadcasting Corporation bought Bing Crosby Productions, his TV production company. He had three homes: a ranch at Rising River in northern California, a hacienda at Las Cruces in Baja California and a French chateau-like mansion at Hillsborough, Calif (photo below).

Only last year Crosby and Phil Harris, the comedian, formed a company to import and market tequila and a beverage made of various citrus juices to be slipped with the tequila.

Bob Hope once recounted how he and Crosby parlayed a modest stake into a bundle that was the beginning of Hope's stupendous wealth.

"I met a guy in Texas, shrewd guy. He persuaded me and Bing to put some money into an oil-well drilling operation. We were lucky. Bing and I came out with $3.5 million each. That was in 1949," Hope said.

Crosby may have acquired his business acumen as a youngster. While still a schoolboy, he worked at several jobs -- delivering papers, mopping floors, doing topography work at a loggers' camp in his native Washington state.

"Dad was in hock most of the time," he once explained. "As soon as he finished paying for a sewing machine, he'd buy a Victrola or a lawnmower or one of us would need new clothes. We soon found out there wasn't a lot of money on hand for baseball bats and sodas. Whatever we got, we earned."

Even Bing's interest in sports paid off in spades. An avid sports buff, he once held the major share in the Del Mar Race track. His yearly $150,000 Bing Crosby Invitational Golf Tournament at Pebble Beach, Calif. became of the most coveted events for pro and amateur golfers alike.

Indeed, the improbably luck of the star was such that, only hours after he bought part-interest in a thoroughbred named Meadow Court, it won the Irish Derby and went on to win at Ascot... 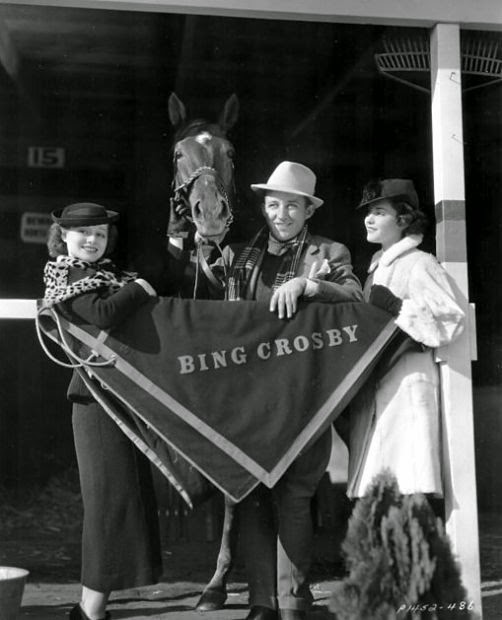 Posted by David Lobosco at 4:30 AM