BING AND HIS THROAT AILMENT 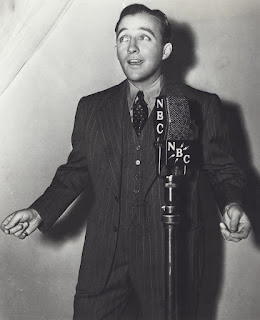 When Bing Crosby came onto the scene in the 1920s he was an instant hit. The star released his first batch of singles starting in 1927, one of which hit number one in the USA (My Blue Heaven). By the 1930s he had become well known on the airways, but disaster struck once he booked his first-ever live radio performance.

Bing became incredibly sick and began suffering from laryngitis when he began to sing more often. He suffered a particularly bad bout of it just days before his debut radio show, meaning he was forced to push it back by two days. This continuous arrival of laryngitis in his talented throat started to become a problem for Bing when he started singing even more.

This strain is even evident in some of his records from the late 1920s and early 1930s. And further hoarseness can be heard during some extremely high notes in such songs as You Brought a New Kind of Love to Me.

Eventually, he figured out what was wrong.

In 1931 Bing went to his doctor to figure out why he kept suffering from laryngitis. After a few tests the doctor revealed to him the worst news imaginable for a singer: Bing had developed a vocal cord nodule.

A nodule – or node – is a hard blister that develops on the vocal cords in a similar way to a callus on a finger. These dampen the range of singers – and for Bing, that was a career-ending diagnosis. 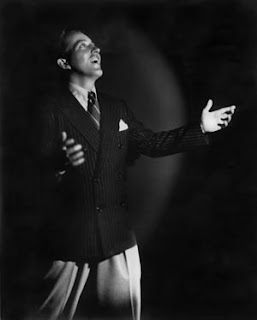 After that, however, he resumed his busy schedule. Jazz critic Gary Giddins noted how, after this, Bing’s voice worsened in subtle ways.

Bing’s changing voice over the decades that followed forced him to alter how he performed certain songs.

For example, instead of being able to perform tracks such as June In January and With Every Breath I Take in the key of F, he had then transposed down a tone to E Flat.

Although by 1940 and beyond Bing’s illness had levelled out, it never went away. But he learned to live with it as his unique voice became the calling card of the star. And it served him well, considering he recorded more than 1,600 songs, made more than 70 feature films, and more than 100 albums... 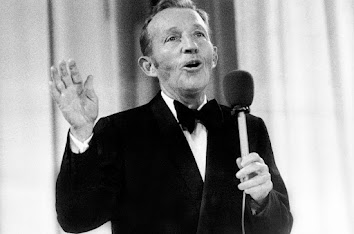 Posted by David Lobosco at 5:31 AM