NATHANIEL CROSBY, HIS FATHER, AND GOLFING 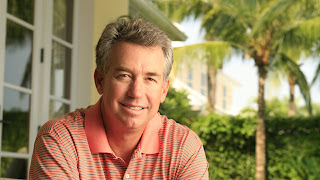 There’s no better way to age yourself than to refer to this week’s PGA Tour event as the Crosby. It’s like saying a couple is “courting” or calling that team from New Jersey the New York Football Giants. Not only does nobody talk that way anymore, the youngsters in the crowd have no idea what those throwback terms mean.

But for men of a certain age, mentioning the Crosby opens a flood of fond memories from a time when tournaments carried celebrity instead of corporate monikers. There were the Rat Pack events -- the Dean Martin Tucson Open and Sammy Davis Jr. Greater Hartford Open – and tournaments named after singers and dancers and actors like the Glen Campbell Los Angeles Open and the Jackie Gleason Inverrary Classic. Even Andy Williams, who passed away this year, carried the mantle for the Torrey Pines event for a number of years.

The godfather of them all, of course, was the Bing Crosby Pro-Am, an event Mr. Crosby created in 1937 as a California clambake, a party where his professional golfer friends could make a little money and rub shoulders with Hollywood’s elite.

Every February, the Crosby was introduced to viewers with Bing crooning “Straight Down the Middle” -- the first-ever golf song from the 1948 film “Honor Caddy,” that Bing starred in with Bob Hope, Ben Hogan and Sam Snead. And every year stars like Jack Nicholson, Clint Eastwood, Jack Lemmon and Walter Matthau teed off with Nicklaus, Palmer, Trevino, Miller and the like. 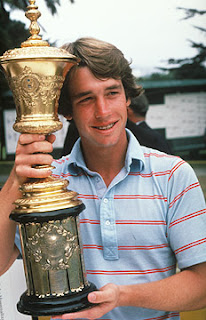 Bing flirted with scratch golf and played in the British Amateur at St. Andrews and the U.S. Amateur at Winged Foot (both appearances drew Tiger-like crowds). He received the USGA’s Bob Jones Award in 1970 and inducted into the World Golf Hall of Fame in 1978, a year after passing away from cardiac arrest as he walked off the 18th green of a golf course in Spain. His last words were, “That was a great game of golf, fellas.”

In addition to being the creator of the modern-day pro-am, Crosby is remembered as being a world-class gentleman, the kind of guy who wore fame like a comfortable pair of shoes. He would strike up a conversation with anybody, and felt just as at ease riding the subway to baseball games in New York as teeing off with kings and presidents. He took Ben Hogan elk hunting and showed up in Dublin, Ohio in 1976 to help Jack Nicklaus launch his fledgling Memorial Tournament. He would grill steaks at his home for players and would wait in line at Candlestick Park for a hotdog and beer after singing the National Anthem.

In short, he was the most down-to-earth famous guy you’d ever want to meet. On that front, Bing’s youngest son didn’t fall far from the tree.

At age 51, Nathaniel Crosby still speaks of the game with a childlike enthusiasm reminiscent of his days as a top amateur and European Tour pro. Back then Nathaniel was considered the greatest quote in any field, a sound-bite machine who could tell first-hand golf stories about everyone from Fred Astaire to Randolph Scott. 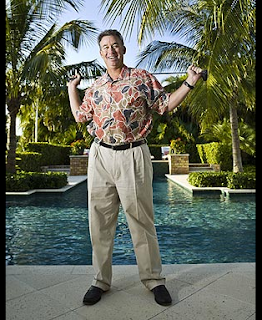 A gracious and a breezy conversationalist, he still has a quick, self-deprecating wit. “I had back surgery, a discectomy, four years ago, and what they didn’t put in the brochure was that I would lose 50 yards off the tee,” he said. “My clubhead speed is hovering around 68 miles an hour. I’d love to play competitively again, but I’ve got 80-year-olds outdriving me now.”

Even though he was a tour player, an equipment executive at three different golf companies, and one of the pioneers of the golf infomercial, Nathaniel is still remembered for a tournament he won at age 19.

Ask anyone over 50 to name the two most memorable televised U.S. Amateurs and the answer will be: Tiger’s win over Steve Scott at Pumpkin Ridge and Nathaniel Crosby’s 1981 victory at Olympic Club in San Francisco. He was already a celebrity then, having appeared in 11 of his father’s Christmas specials over the years. And he was the family face of the Crosby Pro-Am after Bing’s death. So when Nathaniel wore Bing’s 1940 U.S. Amateur identification badge and rubbed it like Aladdin’s lamp during his dramatic 37-hole one-up victory over Brian Lindley, it was one of the most dramatic television moments in U.S. Amateur history.

Fans didn’t have to be swatted with cane poles to keep them off fairways as they were when Bing played at Winged Foot, but it was one of the largest amateur galleries on record and certainly one of the most enthusiastic.

The next year, Nathaniel won another USGA medal, edging out Corey Pavin for low amateur in the 1982 U.S. Open at Pebble Beach -- the one Tom Watson won with the famous chip-in at 17. After that, he played three years in Europe. It was then that his mom, Kathryn, got into a spat with the tour over invitations to the tournament. Bing’s name was pulled, and hasn’t been back since.

“It’s disappointing in a way that the original contributors get pushed aside in lieu of corporate title sponsors,” Nathaniel said. “To me Byron Nelson, Ben Hogan, Bob Hope and my dad, they’re all in the World Golf Hall of Fame, so I think that corporate sponsors would want to associate with those Hall of Fame legacies to add continuity and a sense of history to their event. But that’s not the way of the world right now. 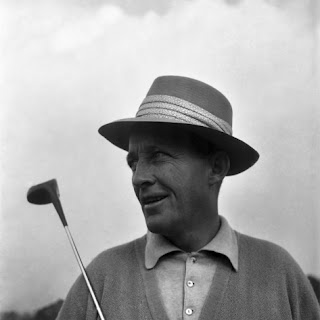 “Dad still gets some recognition every year when the event rolls around. So, I think everybody is comfortable with that. I do think it’s a little harsh that the year Dolores (Hope) died, the Hope name came off what is now the Humana [Challenge], but I also understand the need for sponsors.”

No one has to explain the ways of business to Nathaniel. He ran Toney Penna Golf and then Nicklaus Equipment Company, growing that business from a start-up to $25 million in sales. But it was as CEO of Orlimar Golf where he became a bona fide player in the equipment business. After preaching the virtues of the televised infomercial like an evangelical revivalist, Nathaniel took Orlimar from $1.2 million to $103 million in sales in one calendar year.
“It was lightning in a bottle,” he said. “We shipped $93 million in product in six and half months. It was incredible being part of that experience, but I had to start experimenting with hard liquor to get through the days. I’d always been a beer drinker, but I thought, boy, I need something a little stronger to get through this. I had retailers calling me upset that they didn’t get enough or that Costco had just gotten the product. I had guards at my gate. It was an intense year, but I still have a passionate belief that direct-response advertising can work.”

He also has a passionate belief that his dad’s legacy will be revitalized as new generations discover Bing Crosby on YouTube, NetFlix, and Pandora. Hopefully that revitalization will carry over to the Crosby Pro-Am, even as the number of people who remember Bing’s sweet swing continues to dwindle.

“Dad subsidized (the tournament) for years, and when he died in 1977, the probate officers viewed it as a liability instead of an asset, which was unfortunate,” Nathaniel said. “The second we turned it over to the PGA Tour to finance, we lost ownership. We could have struck a deal for half the amateur spots back when it was sacrilegious to assume Dad’s name would not be associated with it, but that didn’t happen. Any time you get the wrong lawyers in a room at the wrong time, bad things come out of it.”

He will follow the event of course, although he hasn’t played since his back surgery. “I played for 23 years,” he said. “It’s time for other people to enjoy it rather than me.”

He still enjoys the game, though. A member at Seminole in Palm Beach and San Francisco Golf Club near his mom’s home, he is still one of the most affable golf partners at both places. "It’s one of my great privileges,” he said, completely obvious to the irony of his own words.

But then, humility is something to be expected. It runs in the family... 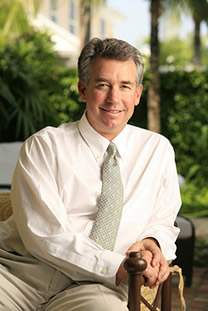 Posted by David Lobosco at 5:11 AM