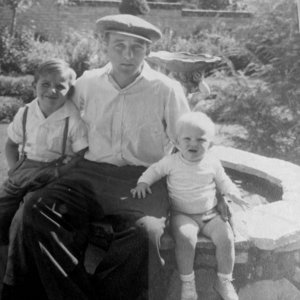 Jack Crosby, a nephew of Bing Crosby who served as the first art director on the ABC daytime drama General Hospital, has died. He was 88.

Crosby died Sunday of complications from Alzheimer’s disease in Henderson, Nev., according to his daughter, Cynthia Crosby. His father was Larry Crosby, the eldest of Bing's six siblings. Larry was the actor-singer's longtime publicity director and manager of Bing's "clambake" golf tournament held each year at Pebble Beach, Calif.

Growing up in Los Angeles in the 1940s as Bing’s first-born nephew, Jack would pal around with the singer, going to baseball games and horse races. They also played golf and fished together, his daughter noted.

In the 1950s, Crosby worked as a draftsman and then as an assistant art director for CBS during the early days of television. He moved to ABC in 1961 as an art director for the game show Seven Keys, hosted by Jack Narz. Two years later, Crosby took a job to design scenery for the new black-and-white series General Hospital, created by husband-and-wife writers Frank and Doris Hursley, and remained with the program for 17 years.

After retiring from ABC, Crosby taught art direction at Loyola Marymount and Pepperdine University. In addition to Cynthia, survivors include his wife Barbara, sons Michael and James and grandchildren James, Jennifer, Justin and Lucy...