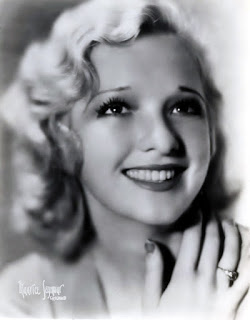 In 1928, she kicked off her stage career after winning a Chicago singing contest and changed her name to Dixie Lee after she joined Fox Film Corp. in 1929.

On November 8, 2019, more than 100 years later, the City of Harriman held a Dixie Lee Day to celebrate their most famous hometown girl.

The day featured a discussion of Lee's film career with radio host Bradley Reeves and Chris Hammond. Afterwards, attendees were treated to "Love in Bloom," arguably Lee's most famous film.

She later died in 1952 of ovarian cancer.

Posted by David Lobosco at 5:02 AM